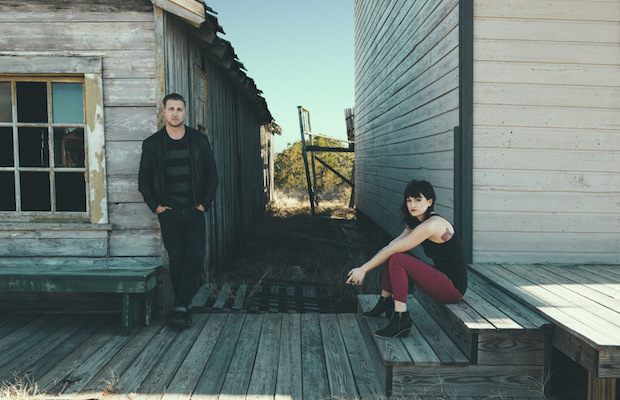 Somewhere at the crossroads of alt-country, blues, folk and americana lay The Wind and The Wave. The Austin duo consists of Dwight Baker, AKA The Wind, and Patricia Lynn, AKA The Wave; fast friends who got their start together in a fairly roundabout way. After calling it quits as a touring musician in 2003, Baker, a self-described hermit who spent too much time behind the glass in a studio, went to see his former band open for Lynn. He was impressed by her performance and the two began to work together on various projects for Patricia, with Baker staying behind the scenes to start. Soon they found they were kindred spirits, and, in their words, “cut from the same cloth.” The two began to write and produce their own music together, and it wasn’t long before labels began to take notice.

Fast forward a little, to 2014, when they released their debut album, From The Wreckage, through RCA records, and then followed it up with an EP of covers, including an impressive rendition of R. Kelly’s “Ignition”. Touring the country in support of their new project, the two have lived under the mantra “if it feels forced, fuck it,” and it’s this laissez-faire, take-it-as-it-comes attitude that bleeds though to their never forced, beautifully natural flowing music. This is a new(ish) band that we think has a very bright future, so be there Sunday night to see them at the Club Stage level, before they blow up big. As one of the last three acts to perform before headliner Billy Joel closes out the festival, you’d be crazy to miss them!

WATCH | “With Your Two Hands” (The Marfa Takes)