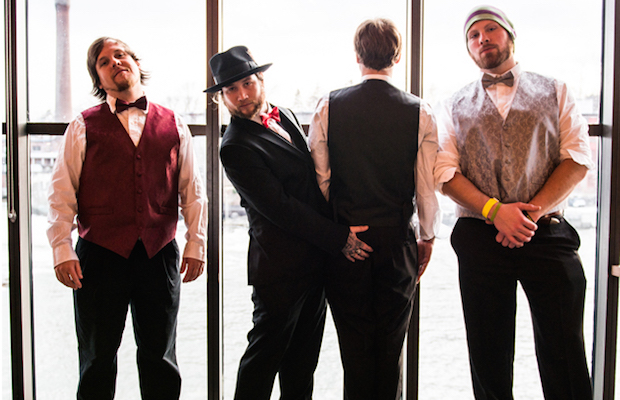 In its early days, Bonnaroo was a much more roots and jam leaning festival, and, while that scene is certainly still an important part of the fest’s DNA, it’s hosted in a much more even, if not slightly underrepresented balance. Growing up and punk and indie rock kid, I’m not exactly complaining about his fact, but I do appreciate that Bonnaroo still keeps a connection to its roots, and tries to keep its O.G. fans happy, and I love being pleasantly surprised by up and coming acts who challenge my perception of what the jam band scene is, and win me over through their raw talent and broad accessibility. Castleton, VT’s Twiddle are one such act; an eclectic, buzzworthy up and comer who thrive on the power of their live show.

Formed a decade ago while students at Castleton State, Twiddle immediately found a strong bond with one another, and developed their sound, which masterfully blends elements of funk, reggae, jazz, classical, bluegrass, and rock, and juxtaposes it with smart songwriting and clever lyricism. Expert, dynamic performers, one thing that really sets Twiddle apart is the power of their material; though their live show might be a but more free form and jam based, their tracks are just inherently good, and the progression between their debut, The Natural Evolution of Consciousness, and sophomore album, Somewhere on the Mountain, is astounding. Twiddle’s latest release is a live album, and that’s telling, because live is most certainly the only way you’re going to get the full experience; seasoned jam fan or newbie, this group has something to offer.

LISTEN | “When It Rains It Pours”