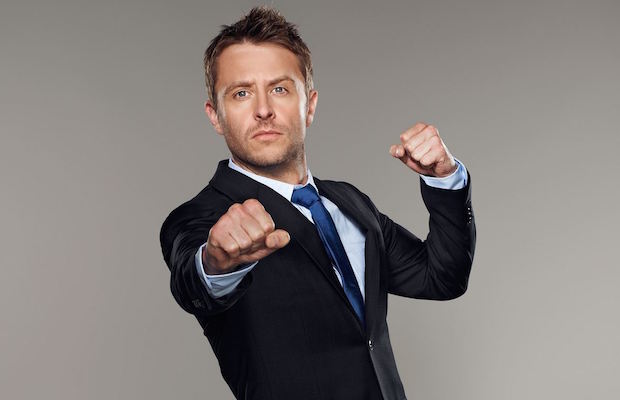 Though he’s enjoying broader fame from his highly successful late night comedy/game show @midnight, on which almost all of the comics on this year’s Bonnaroo bill have appeared, as well as for hosting Walking Dead after show Talking Dead, Chris Hardwick is known to the nerd and comedy community for his podcast turned media empire The Nerdist, and, before that, for his involvement with G4, internment acting career, and for hosting Singled Out and Shipmates in the ’90s and early ’00s. The son of a professional bowler, Chris was born in Louisville and raised in Memphis, though he’s spent most of his adult life in Los Angeles, where he comedy obsession and inherent passion for all things nerdy led him down the path to becoming the expert standup, host, and television personality he is today. Though Hardwick has always seemingly regarded comedy as his number one passion, his earlier endeavors were more in the realm of hosting, acting, and DJ work (including for LA’s prestigious KROQ). His first widespread taste of success in the comedy scene came from musical dup Hard ‘n Phirm, and, throughout the ’00s, following a period of reinvention, Chris became much more prolific on his own, appearing in various comedy specials and releasing his own hour, Mandroid. In his ascent from beloved geek to household name, Hardwick has managed to stay true to the passions that fuel him, and his top billing on this year’s Bonnaroo comedy slate couldn’t be more deserved.