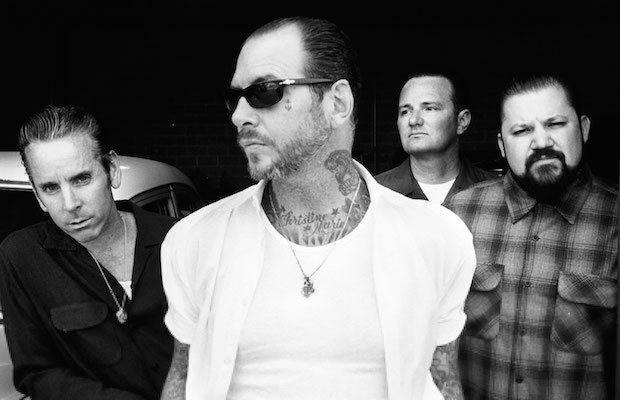 Want to feel old? SoCal punks Social Distortion‘s self-titled album, the one with classic hits like “Story of My Life,” “Ball and Chain,” and that epic “Ring of Fire” cover, just turned 25 (if you want to feel even older- note that that was Social D’s third album, and they’ve now been a band for over 35 years). In celebration of that LP, which catapulted the group’s career to new heights, and helped bring their country and rockabilly infused pop punk to the masses several years before the punk scene really had its second explosion, Social Distortion are hitting the road to perform Social Distortion in full, and, fittingly, they’ll return to The Ryman Auditorium on Aug. 29 (where they last played in 2011), along with Nikki Lane and Drag the River. The group have also promised to perform “classic tracks and rarities from their extensive back catalogue,” and tickets are slated to go on sale Friday, April 24, at 10 a.m. CST right here, with a pre-sale beginning one day prior (use the password ‘moose’)!