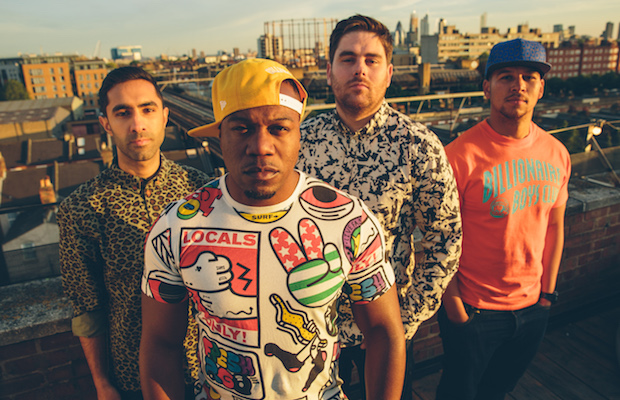 While they still haven’t quite yet exploded stateside, British collective Rudimental have found runaway success in their native England (as well as the rest of Europe) over the past few years, propelled by their breakout 2013 debut, Home. Like Bonnaroo vets Disclosure, the group, who hail from Hackney, London, frequently collaborate with outside vocalists (like Foxes, Angel Haze, Ella Eyre, and Emeli Sande), and have already managed a platinum album and multiple number one singles in the UK. The group came together in 2010, and released a handful of tracks early on, but it was 2012’s “Feel the Love,” the lead single from Home, which features John Newman, that really helped catapult them to international stardom. A massively well-received release, which would spawn eight proper singles, Home helped the band begin to tour the world, and nabbed them numerous festival and television appearances.

Inspired by English DJ culture, pirate radio, and the underground London music scene, Rudimental have crafted a sound that defies classification. Much more organic than simply a “DJ” group, they mix organic and electronic, contemporary and classic, to create a style with elements of funk, pop, jazz, r&b, and soul, plus trendier electronic subsets like jungle, drum and bass, liquid funk, and breakbeat. Most recently, they’re enjoying the success of a collaborative single with Ed Sheeran, so, while America might still be a little sleepy, they’re bound to wake up to Rudimental very soon.