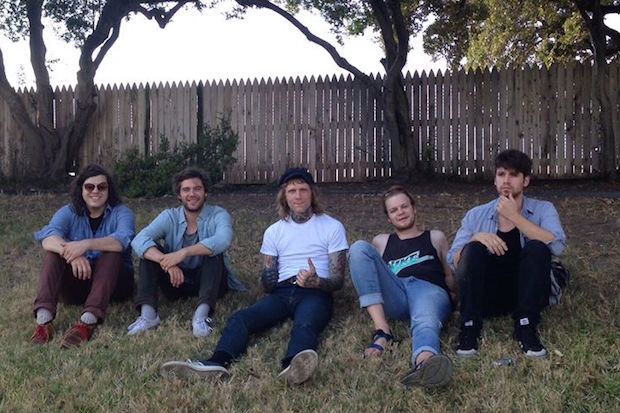 Local indie rockers, and no strangers to No Country coverage, Blank Range are back in town tonight at The Basement, before they start a 28-date US tour opening in support of Two Gallants and The Mountain Goats. Get there early for more local talent, like psych rockers Music Band, seasoned picker Joey Plunket and DJ Jem Cohen spinning records between sets. Music starts at 8 pm, and tickets are available at the door for just $8, so be there and help support local music!

Growing up in various parts of the midwest, the members of Blank Range found each other in Nashville only a few short years ago. Originally they were all just buds, and actually filled the rosters of two other bands. Eventually, for practical reasons, they decided to merge the two projects to form the line-up of Blank Range we see today. Winning an installment of last years Road To Bonnaroo, the fest vets (see this post) have been compared to Big Star and Wilco … lofty but deserved.  The road seems to be the norm for Blank Range these days, but tonight you get to rock with one of Nashville’s finest in their hometown.

Another local collective we’ve been seeing around town for awhile, and one that continues to rise in popularity, Music Band are a free wheeling, three-piece, garage psych-rock band that is almost guaranteed to blow your mind. In addition to playing SXSW with a bunch of other Music City musicians (see this post), they are officially partnered with local indie label darlings Infinity Cat, so the sky seems to be the limit for these dudes. Don’t let their name fool you, they are all biz when comes to rocking out. Have a listen to their latest, Can I Live, below and see them live tonight.

Joey Plunket is a seasoned musician who’s been playing all over town, and we’ve had his especially awesome JP5 on our radar for a while now (see this post) He’s doing his own thing tonight, but, given that his JP5 cohort Jem Cohen will be in the building, we look forward to seeing what tricks his has up his sleeve. Get there early to see for yourselves!

Blank Range, Music Band, and Joey Plunket will perform TONIGHT at The Basement. The show is 21 +, begins at at 8 pm (doors at 7), and tickets are available for $8 at the door.