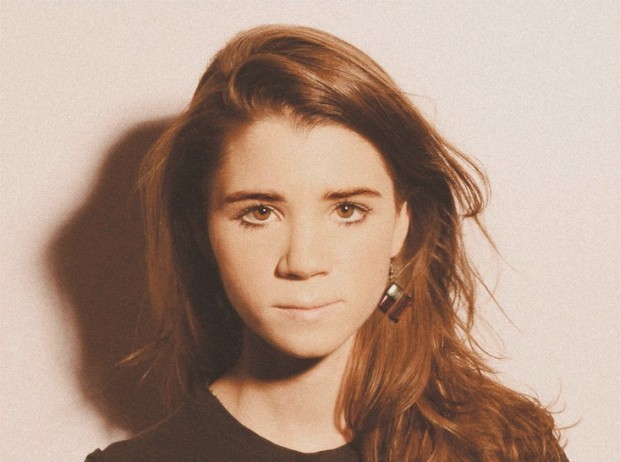 Garage rock singer-songwriters Lady Lamb and Luke Rathborne are coming to The High Watt on Saturday. Lady Lamb just released her sophomore record After last month to glowing reviews for her whip-smart lyrics about love and childhood. She played most of the instruments on the folk-rock album, which has established her as a promising young talent. Luke Rathborne has similar garage-y influences though he leans to the poppier side rather than towards folk. This is a show that fans of new, rising indie talent won’t want to miss.

The multi-instrumentalist Lady Lamb (stage name of Aly Spaltro, formerly known as Lady Lamb the Beekeeper) released her sophomore record After last month. The recording process saw her taking a different approach from her previous work, as she had to work quietly in a Brooklyn apartment rather than cranking up amps in the basement of the video store where she worked in Maine as she did for her first record. Thus the record is softer and she did more of the work on it herself, recording the banjo, guitar, bass, and keyboards herself before bringing in other musicians to fill out the sound.

The result is a record that flirts with folk sounds and tropes but often breaks into rambunctious rock and roll. Spaltro’s clever lyrics dissect the ending of a relationship while embracing the innocence of childhood. She tells a lover in “Milk Duds” that she never loved him more than when they fell asleep on top of a box of the candy, then in another she sings “I know already how much TV will fail to comfort me in your absence.” Spaltro’s folk rock betrays influences from psychedelic to shoegaze and she’s a rising talent to keep an eye on as After continues to build buzz.

Like Spaltro, Luke Rathborne is a singer-songwriter from Maine who currently resides in New York City. The musician moved to the Big Apple at the tender age of 18 and, though it was a rough transition that included culture shock and a burned-out apartment, his dedication to music paid off. His most recent record, SOFT, came out in 2013 to warm reviews for its garage rock, spanning the spectrum from sludgy to melodic that earned him comparisons to Ty Segall and R.E.M.