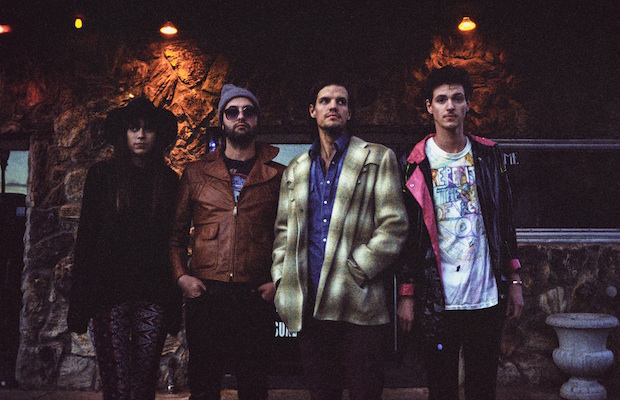 Houndmouth are an alt-country band from New Albany, Indiana (near Louisville) that have been together since 2011, consisting of Matt Myers (guitar), Katie Toupin (keyboard), Zak Appleby (bass), and Shane Cody (drums), all of who also contribute with lead vocals and songwriting.   We’ve been lucky enough to see them several times, including their Bonnaroo Club Stage debut, Forecastle Fest performance, and Mercy Lounge outing, all in 2013,  Nashville Dancin‘, and opening for Drive-By Truckers in 2014, and headlining spot at 3rd & Lindsley just a few weeks ago.

No strangers to the festival scene, the folky, Americana-loving band not only made their debut at the Farm and Forecastle in 2013, but have also played Lollapalooza and Newport Folk Fest, among others.  Their television credits include Conan, Letterman (three times), and even the CBS Morning News.  They are one of the hottest bands in the country and have (deservedly) been named on a number of “Artists To Watch” lists.  Their sophomore full-length, entitled Little Neon Limelight, came out last month and was produced by Dave Cobb, and, already, infectious lead single “Sedona” is getting a ton of radio play. We love watching bands graduate to the main stages at ‘Roo, and no one deserves it more than Houndmouth.

Panda Bear Premieres "Tropic Of Cancer" Video; Catch Him May 8 at Exit/In!