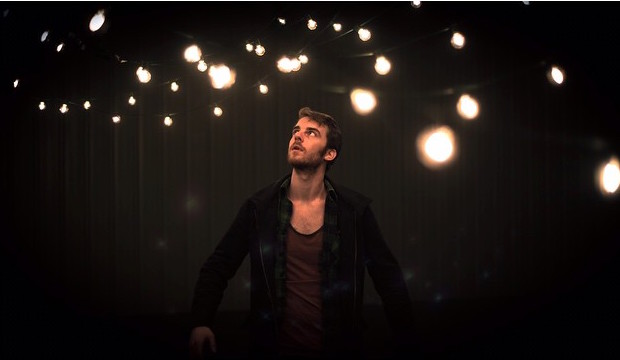 No Country Presents’ weekly showcase, in partnership with Acme Feed & Seed, is still in full swing as we slide into spring. Tuesday April 14 will feature the jazzy Steve Voss (aka Tetherball), open range rockers TWIGGS, and April residency indie popstress Femke. Music starts around 7:30 p.m. and goes at least until 10 pm, so get there early to cash in on as much FREE music as possible. For more info on the bands, please read on, and we hope to see all of you there!

East Nashvillian Steve Voss, better known as Tetherball, has been called dark, quirky, and even spectral. The Colorado native has a unique sound that is equal parts high-stepping, knowledgeable, Spoon inspired riffs, and swimmy, atmospheric melodies more akin to artists like Beck. No stranger to the local indie music scene, Voss continues to work with (and produce for) artists like Tesla Rossa, Sara Jean Kelley, and The Almanacks in his own studio space, Solar Cabin Studios. Tetherball has said his own music “deals mostly with concepts of madness and perception,’’  and, although there is a mild pop sensibility to his tunes, they are anything but ordinary. See what we’re talking about for yourself this Tuesday, and have a taste below, where we are streaming his latest record Whimsy.

Hailing originally from Oklahoma, the four piece plains rock ’n’ rollers known as TWIGGS have been building a name for themselves around Music City. We’ve been fortunate enough to catch them putting it down before (see this post), and we look forward to seeing what new tricks they’ve amassed up their sleeves since. Have a listen to some of their self titled debut record below, and don’t miss them at Acme.

In her second date of a month long Acme residence, Femke Weidema seems to just get better with every performance. She first came onto our radar as part of the now defunct folk/Americana group Cotton Wine, but she is now simply just Femke, shifting to poppy, synth-laden new full-band sound that we can’t get enough of. After you get some of the soon-to-blow-up-big Dutch songstress in you’re life this Tuesday, you’ll understand why we asked her to stay all month.

Tetherball, Femke, and TWIGGS will perform Tuesday, April 14 at Acme Feed & Seed. The show is 21+, music begins at 7:30 p.m., and, per usual, it’s totally FREE. Downtown PARKING can sometimes be an issue. However, if you’re willing to walk a few blocks, street parking is typically easy to find on the numbered avenues south of Broadway, or along Korean Veterans Blvd. Metered spaces are often free after 6 p.m.