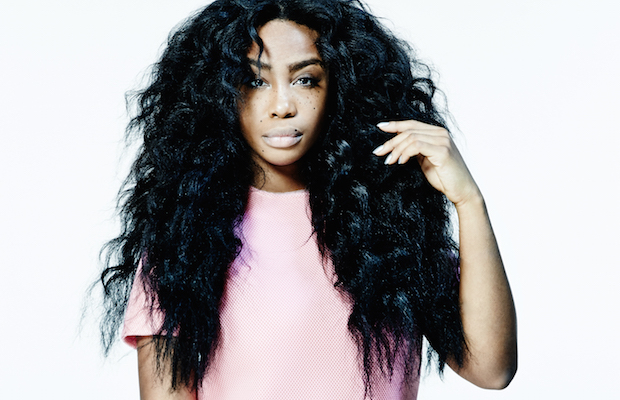 Over the past few years, the r&b scene has gone through something of a radical, exciting paradigm shift, giving way to a crop of new artists who challenge the aesthetic, limits, and palette of the genre. Young singer-songwriter SZA, like so many other talented and progressive singers who’ve wound up on the Bonnaroo bill in recent years, is no exception, and she’s absolutely a performer that should be on your radar. Raised in St. Louis before moving to New Jersey, SZA was born to a Muslim, television producer father and a Christian, telecom executive mother. Originally interested in pursing science, SZA got into music by chance, shortly after flunking out of school and making friends with the Top Dawg Entertainment crew (the label who brought us Kendrick Lamar) while at CMJ, amidst dabbling with songwriting over borrowed beats.

At a prolific clip, SZA (birth name Solana Rowe) has dropped new music every year since her start in 2012; her first two EPs, see.SZA.run and S, self-released, and her third, last year’s Z, through Top Dawg, marking her most critically and commercially lauded record to date. Channeling an electro-infused, neo soul and r&b sound, she incorporates elements of hip hop, cloud rap, and alternative, landing on a sweeping, minimalist, emotionally charged, and melodically dense style of her own. SZA has already collaborated with the likes of Kendrick Lamar and Chance the Rapper, and toured with Little Dragon and Jhene Aiko, among others. Ahead of her full-length debut, A, the exciting up and comer is already looking like one of the coolest and most buzzworthy new acts on the festival circuit, period, and she should absolutely be top priority on your Bonnaroo itinerary.

Watch Alt-J Perform "Every Other Freckle" On Fallon