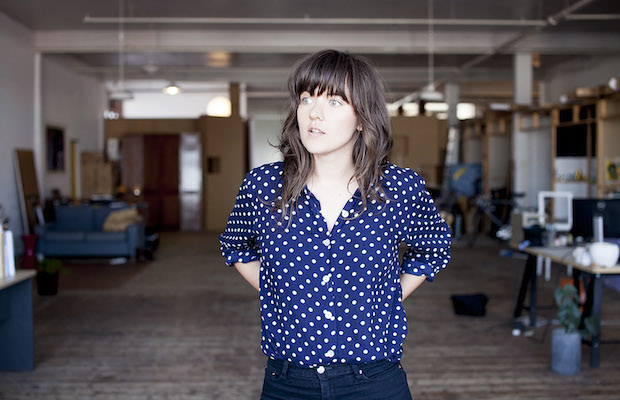 It would be hard to argue that any new artist has had more buzz in the past couple of years than Courtney Barnett.  The Australian singer-songwriter has been winning fans over worldwide with her witty lyrics, deadpan delivery, and psych pop sound since 2012, when she self-released her debut EPs I’ve Got A Friend Called Emily Ferris and How To Carve A Carrot Into A Rose.  Barnett was subsequently picked up by Mom + Pop Records, where she repackaged the songs into a double EP release A Sea Of Split Peas featuring breakout tracks like “Avant Gardener” and “History Eraser.”  In January of 2015, Barnett released her debut full-length, Sometimes I Sit And Think, And Sometimes I Just Sit, featuring the incredibly catchy single “Pedestrian At Best.”

Combining elements of garage and psych rock with humorous pop lyrics and a deadpan Aussie accented delivery, Barnett could arguably be described as this generation’s Sheryl Crow.  The songs are easily digested, yet speak of the self doubt, frustrations, and growing pains that are apparently faced by millennials worldwide.  This is clearly evidenced in hit singles like “Avant Gardener,” when Barnett talks about being in an ambulance after a likely asthma attack and states, “The paramedic thinks I’m clever cause I play guitar.  I think she’s clever cause she stops people dying.”  Or in her newest single “Pedestrian At Best,” with this chorus, “put me on a pedestal and I’ll only disappoint | you tell me I’m exceptional and I promise to exploit you | give me all your money and I’ll make some origami honey | I think you’re a joke but I don’t find you very funny”.

You can check out both of those singles below, and, if you haven’t already, put Courtney Barnett on your radar.  She is playing on Thursday night this year, making her one reason to take a couple of days off of work to make the most of Bonnaroo 2015.