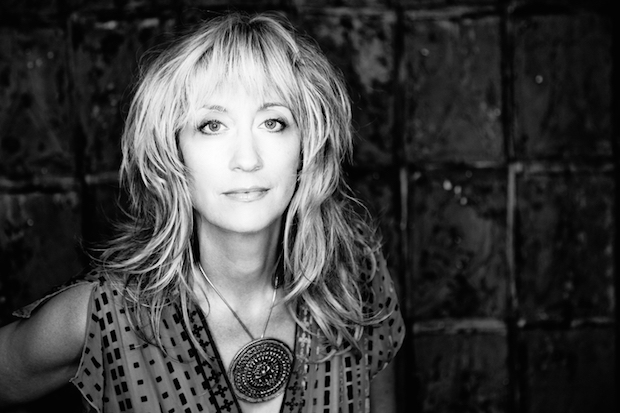 It may be April Fools, but this is no joke! East Nasty resident, Americana singer-songwriter Amy Speace is back in action, and has just released her brand new LP That Kind Of Girl (available digitally here). In even cooler news, tonight is her official hometown release show/party at The Basement. It should be a fun one, but note this one gets started early.  So, be sure to get there by 7 pm to catch another East Nashvillian, rugged folk rocker Ryan Culwell. At only $5 you’d be hard pressed to find a better bill for less, so read on after the jump for more info on the artists, and we hope to see you there.

Originally from Baltimore, MD, Amy Speace started with dreams of acting–she was even part of The National Shakespeare Company. Later she found her passions were more in line with songwriting, singing and playing guitar. Her new journey took her to Jersey City, NJ, and on down to her current home, Nashville. Five albums and two EPs later, she is now proud to present us with her latest work, That Kind Of Girl, which is more of her famously achy, yearning folk and Americana songs. In addition to her amazing original work, we’ve also see her perform some wicked Gillian Welch covers (read this post), so any chance you get to see her do her thing, we can almost guarantee it’s going to be memorable. Be there tonight to help her celebrate her new record!

Hailing from a nearly forgotten place in the panhandle of Texas, Ryan Culwell’s journey now has him calling Music City home. He grew up hard, working with his dad and brother alongside oil rig men, pumping crude up from beneath the the ground in The Dust Bowl. This blue collar, dirty finger nails up bringing shines through is his rough-neck folk/Americana rock songs. You can put that rhinestone studded Texas cowboy myth to bed, Culwell is all grit, heart, and guts. Enjoy the indie music video below and check out his new album Flatlands, digitally right here, or better yet, get to The Basement in time to see him live.

Amy Speace and Ryan Culwell will perform TONIGHT at The Basement. The show begins at at 7 pm, and tickets are available for $5 at the door.