Bonnaroo Band of the Day: Iceage 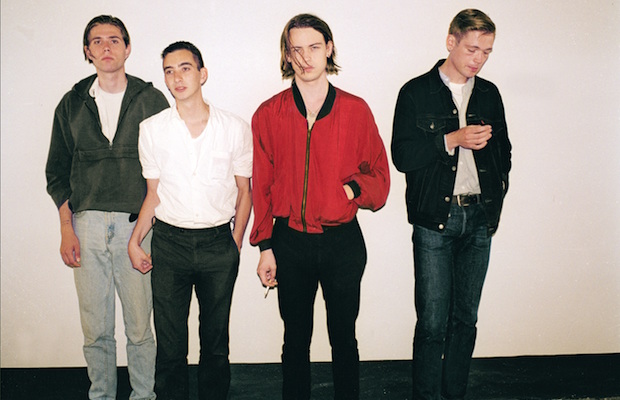 Hailing from Copenhagen, Denmark, eclectic group Iceage have had an exiting, unpredictable, and hard to describe last several years. Though they formally came together in ’08, the band met and began playing together several years prior, in their early teens, and soon became a fixture in the Danish underground punk scene. Writing and performing primarily in English, Iceage found near universal acclaim and worldwide attention with their abrasive and experimental debut, New Brigade. Shortly after, they inked a deal with Matador, and released a followup, You’re Nothing, in 2013, further challenging their audience and expanding their sound. Their most critically beloved release to date, last year’s Plowing into the Field of Love, is, undoubtedly, the group’s most cohesive and mature record to date, and has enabled them to tour the globe all year, including stops at several high profile festivals and, of course, their ‘Roo debut.

To peg Iceage as “punk” most definitely sells them short, but to accurately describe their sound in detail is a daunting task. Though their early efforts adopted a more hardcore and noise rock vibe, the charismatic and enigmatic band drifted towards more brooding, post-punk, post-hardcore, and experimental tendencies in recent years, especially on their new album, which slows things down a bit and even incorporates piano, plus their most fleshed-out and confident lyricism to date. Acclaimed in the underground rock scene, Iceage have a bit of a reputation for being cold and mysterious on a personal level, but, live, they deliver a turbocharged, electrifying, and intense show worthy of their varied back catalogue. If you’re looking for something out of the ordinary this year at Bonnaroo, this band should be a must-see.