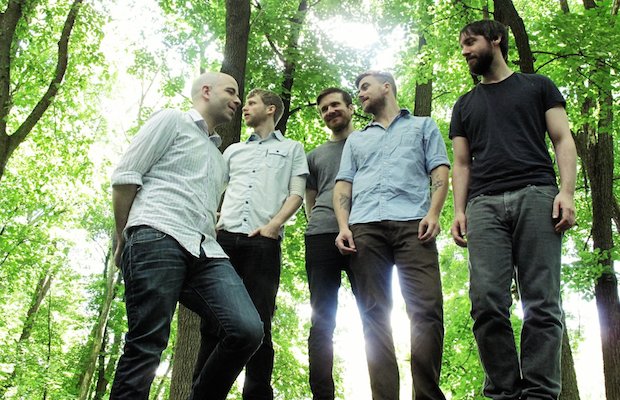 We told you back in January that Circa Survive were set to play at Cannery Ballroom with Balance and Composure and CHON, and the time has finally arrived. Tickets are still available here for $18, so go ahead and grab yours and read on for why you don’t want to miss these amazing prog-rockers playing together all in one night.

Circa Survive is one of the few bands that are still alive and thriving after the heyday of mid-2000’s emo rock (think Receiving End of Sirens, Thursday, Fall of Troy, etc.), and for good reason. The Philadelphia-based group has put out a steady stream of albums since their debut Juturna in 2005, and have managed to keep up with music’s ever-evolving trends while still managing to stay true to their roots. They’re widely known for their intense live performances – they’ve played here in Nashville several times throughout the years, so it’s obvious that there’s a demand for them to keep returning. Most of this is due to frontman Anthony Green’s high-energy stage presence, but the whole band works together to create an electrifying and fun experience. Check out the video below for “Schema”, the first single from last year’s Decensus to get an idea of what’s in store tonight.

Fellow Pennsylvanians Balance And Composure are also on tonight’s bill. Their music, which is best described as a fusion of post-hardcore and indie rock and a healthy balance of melodic and aggressive, is a perfect fit to tour with Circa. Watch the video for “Reflection” below, a track from 2013’s The Things We Think We’re Missing.

Instrumental rock foursome CHON will open the show tonight, only a day after their debut album Grow was released via Sumerian Records. Their virtuoso style, with an influence of jazz in the same vein as bands like Rx Bandits, will make for an interesting segue into the heavier rock for the rest of the show. Check out the visual accompaniment to their song “Story” below.

Circa Survive, Balance and Composure, and CHON will perform Tuesday, March 24 at Cannery Ballroom. The show is 18+, begins at 8pm (doors at 7pm), and tickets are available for $18.

Check Out These Live Vids From Penicillin Baby, Gunther Doug, Chrome Pony, and Thelma & The Sleaze!