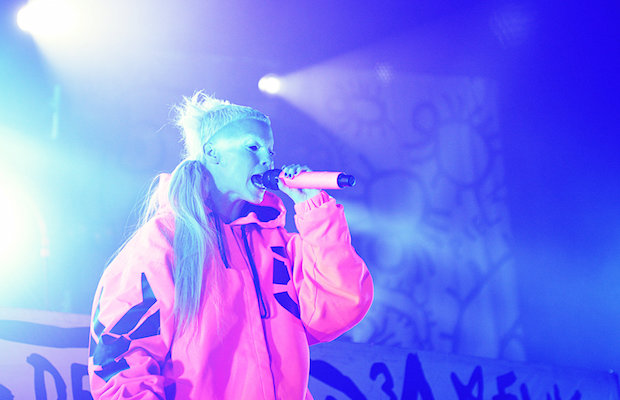 Most artists without renowned backgrounds in acting flounder with faced with translating their talents to the big screen. Though they certainly have a flair for the theatrics, I assumed that South African hip hop group Die Antwoord would at least display some growing pains while portraying a sensationalized version of themselves in Neill Blomkamp’s latest sci-fi epic, Chappie (now playing in theaters), but, to my delight, that was hardly the case. Enigmatic rap meets performance artists Ninja and, especially, Yolandi Visser absolutely flexed their chops in the (in my opinion, better than it’s getting credit for) flick, and had me extra energized to see them perform in their primary medium, music, over the weekend at Marathon Music Works. Of course, I’ve been a fan of Die Antwoord’s long before they were kidnapping Hollywood robots, but the insanity of their recent show was even more over the top than I could have imagined. 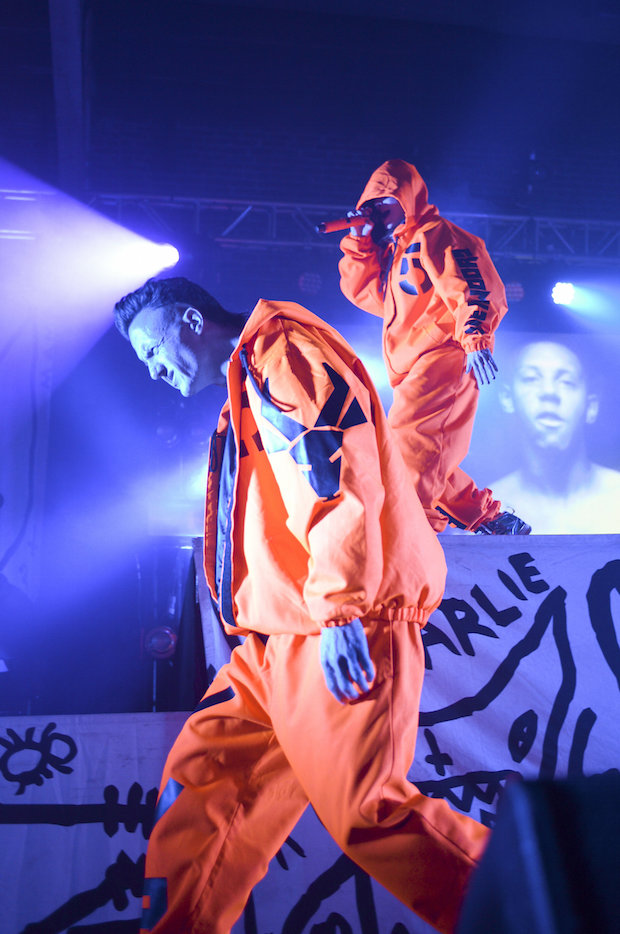 Following a warmup set from local DJs Rate and Coach, Die Antwoord entered to a drawn-out, moody intro, which included about 10 minutes of false starts before a gregorian chant gave way to a solo from often overlooked but incredibly important third wheel, DJ Hi-Tek (who held it down expertly all night long). A few minutes in, and the star duo, Ninja and Yolandi, emerged, faces shrouded in orange hazmat hoodie/suits as the sold out crowd erupted. Blurring the lines between hip hop and club music, band and art piece, the multi-lingual and complex cultural identity of Die Antwoord, champions of the anti-posh zef counter-cultural movement, lends to an intriguing spectacle, both as a music fan and as someone looking through the lens of a different cultural perspective. Bright and bold, the group’s staging mimicked the homemade, graffiti-insipired, and punk attitude of their aesthetic- fancy, but homemade, which is the core style of zef. Throughout the show, videos and visuals were projected onto a massive screen, which only enhanced their bombastic delivery. 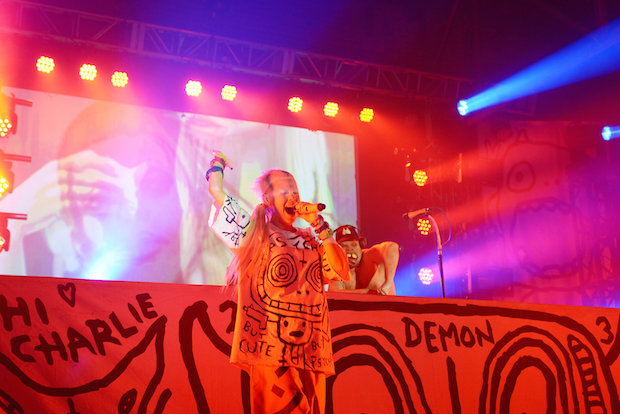 Quickly shedding layers, Yolandi  and Ninja, whose chemistry is undeniable, went through the visual gamut of South African street wear, bold (and bordering on offensive) visual proclamations, and even surrealist animal masks and face coverings. Donning her signature heavy makeup and dark contacts, Yolandi looked other-worldy, and, while Ninja might be the brains behind their musical direction and the more technically well-versed MC, it’s Yolandi’s spunk, energy, and pint-sized fireball of uniqueness that really helps the group exist on a plane of their own. For much of the show, a female backup dancer intermittently emerged, donning costumes matched to the track, twerking on table tops, and generally adding the ruckus. While Visser mostly kept to the stage, Ninja opted to crowd surf, initiate call and response, heckle, and serve and the grand master of the evening’s chaos. 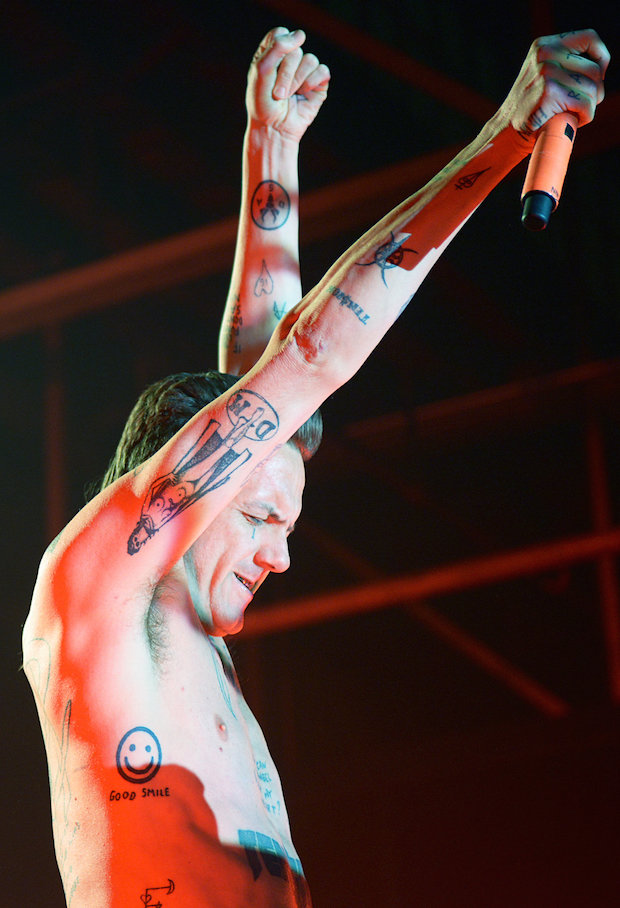 The set actually seemed much shorter than I would have expected, through the band, to the die-hard crowd’s delight, hit on all of their fan favorites like “Fatty Boom Boom,” “Cookie Thumper,” and “Pit Bull Terrier.” Though the show and intensity and spot-on delivery lived up to my expectations, I was a bit surprised by how rehearsed it all felt. Not insincere, mind you, but with as unpredictable and off the cuff as Die Antwoord seem, catching a performance that seemed very pre-orchestrated was a bit of a shock. That said, they’re also professionals, and when you’re syncing to lights and tracks and outfit swaps, trying to wing it just wouldn’t land. Equal parts important cultural talking point, gifted musical artists, and unmatched innovators, Die Antwoord are one of the weirdest, most fun acts making music today, and I encourage you to see them any chance that you get.