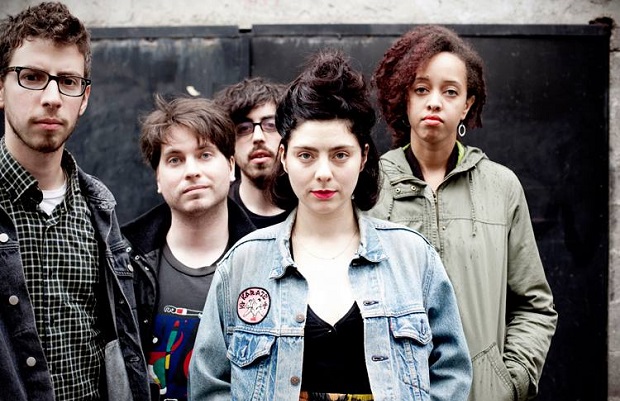 Heading out for a show the Monday immediately after SXSW might be the last thing on the minds of a good portion of Nashville’s population, but here are a few reasons why it may be the best thing you do all week. Queen Ave Art Collective (178 Queen Ave, Nashville, TN 37207) is hosting Brooklyn’s indie-funk outfit Ava Luna tonight, along with Chicago’s Lala Lala, and local heroes Penicillin Baby and Body of Light. Doors are are 8, music starts at 9:30, and cover is only $5. Consider this show a sonic palate cleanser if you braved Austin, or, if you stayed home, realize that this is exactly the spirit that so many sponsored showcases were trying to bottle this past weekend. Read on to learn more about the lineup.

Ava Luna is gearing up to release their third studio album, Infinite House, via Western Vinyl on April 14th. The album was inspired and partially recorded in the Gooden family house, an abandoned structure the band chanced upon while on a writing retreat in Benton, MS that became the spirit animal of the whole project. The band has been steadily dialing in their sound since their chaotic beginnings hashing together funk, soul, and R&B with the unbridled license of 2-year-old with a fresh pot of finger paint. The single “Billz” is a prime example of their sharpened focus, but rest assured, the genre-hopping septet still goes full tilt at their live show (think The Tom Tom Club with Les Claypool sitting in).

Penicillin Baby holds down their corner of the psych-garage scene pervading Nashville with considerable weight. Lead by Oklahoma-born Jon Conant, the crew distinguishes themselves by playing their self-described “space rock” weirder, fuzzier, and sweeter than most of their peers. Check out their recent surf-inspired single “Stick It Out”.

Also making their way back from SXSW are the ladies of Chicago-based Lala Lala. The trio recently released three songs from their Have a Good Day tape online, allowing the masses a taste of their grungy, lo-fi power pop. We’re partial to this slightly bratty anthem “So”.

Opening up the night and giving you another reason to show up early to avoid fighting for parking at the Piggly Wiggly next door is Body of Light. Founded by brothers Mike and Mitch Kluge with contributions from Queen Ave founder Tyler Walker, the group has been creating rich, electro-pop soundscapes since 2009. The 7-piece has been hard at work on new material, some of which will be debuted at tonight’s show.