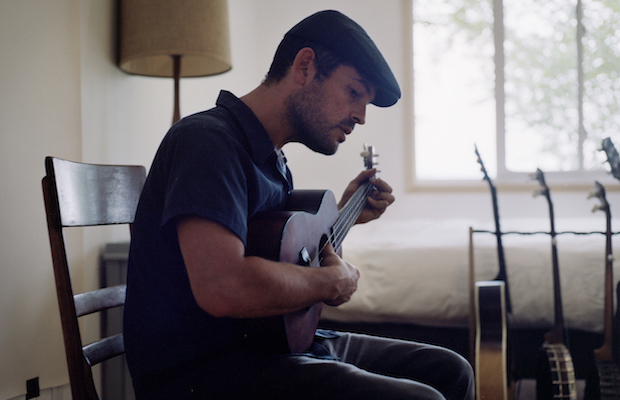 Singer-songwriter Gregory Alan Isakov was born in Johannesburg, South Africa, but immigrated to the United States as a child and was raised in Philadelphia.  He began touring at the age of 16 and later moved to Colorado, where he now makes his home. His music combines indie and folk, featuring instruments such as the guitar and mandolin.  Isakov has spent his entire life traveling, and, as a result, his travels have impacted his songwriting; his songs tell stories of miles and landscapes and the search for a sense of place.  Music has been a constant force in his life, as he says, “I’ve always had this sense about music and writing, that I sort of have to do it.  Like I’ll implode without it. I probably wouldn’t do it if I felt any other way.”

Isakov’s tune”Big Black Car”, from his 2009 album This Empty Northern Hemisphere, was featured in a 2012 McDonald’s commercial, and he donated the proceeds to non-profit organizations that help further sustainable farming and nurture community. The album’s title track also plays at the conclusion of the final episode of the fourth season of the television series Suits.  “Second Chances,” from his most recent album, 2013’s The Weatherman, was featured in the first season of Forever. Additionally, Greg’s personally, story-driven, and eclectic music has amassed tons of critical praise, and commercial milestones on the iTunes singer/songwriter chart, Billboard’s Folk chart, and more. Isakov has played at many music festivals over the past few years, but this will be his first time at Bonnaroo; we hope you’ll be there to welcome him.