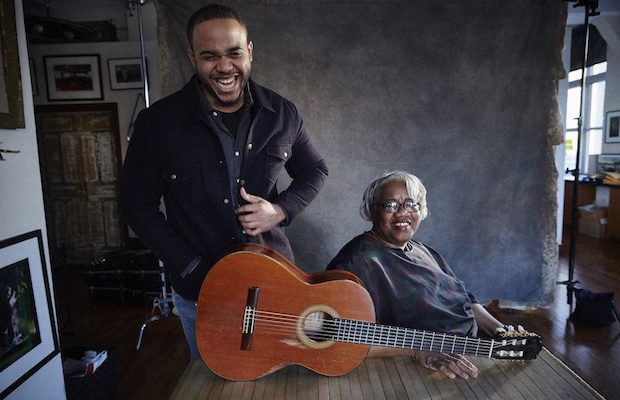 This Bonnaroo Band of the Day features another soon to explode act.  Madisen Ward and the Mama Bear are a mother and son duo hailing from Kansas City, who have been making huge waves for their feel good roots-folk vibe.  The band just recorded their debut album here in Nashville under the tutelage of Jim Abbiss (Adele, Arctic Monkeys), which has a release date set for May 19 (plenty of time for you to learn the new tunes, so you can sing along loudly on the farm).  The band have been riding high on the first single off the album, “Silent Movies,” and their live set quickly caught the attention of fans at last year’s Americana Fest.

This year proves to be the official coming out party for Madisen Ward and the Mama Bear with appearances at SXSW (where NPR named them in their “100 Bands To See At SXSW” list), Bonnaroo, and the Newport Folk Festival.  They have also already landed a spot on Late Night with David Letterman.  You can check out the studio version of “Silent Movies” below, and then see how it translates live with a video of their Letterman performance.

Bonnaroo Band Of The Day: The Districts