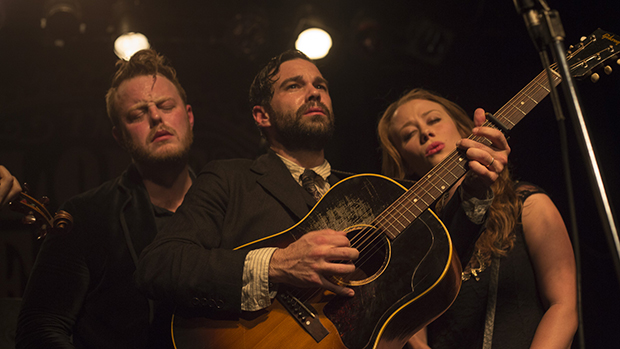 Just when I thought Nashville was finally out of the path of crazy winter weather, Round 2 of the Icepocalypse came out of nowhere last week and caused several shows to be canceled. Thankfully, The Lone Bellow’s show at Exit/In last Friday was not a casualty of the random snowstorm, and their performance was just what we needed to warm up the city. Read on for a full review of the show and photos from Caroline Bowman.

I saw The Lone Bellow for the first time at Live On The Green last year, having very little prior knowledge of them or their music. I heard some of the buzz about them from my Americana-loving friends on social media, but never explored them myself. It’s very rare for me to go blindly into a show and walk away as an instant fan, but that’s exactly what happened here. So when I heard that the Brooklyn-based trio was coming back to Nashville, I knew it would be wise to grab tickets as soon as they went on sale, because it was almost guaranteed to sell out – and it did, months in advance. I was worried that the dreary weather would throw a wrench in my plans to see them again, so I tweeted at Exit/In to make sure it was still on, and they replied that it was. Nice try, Mother Nature, but you didn’t ruin my Friday night plans after all. 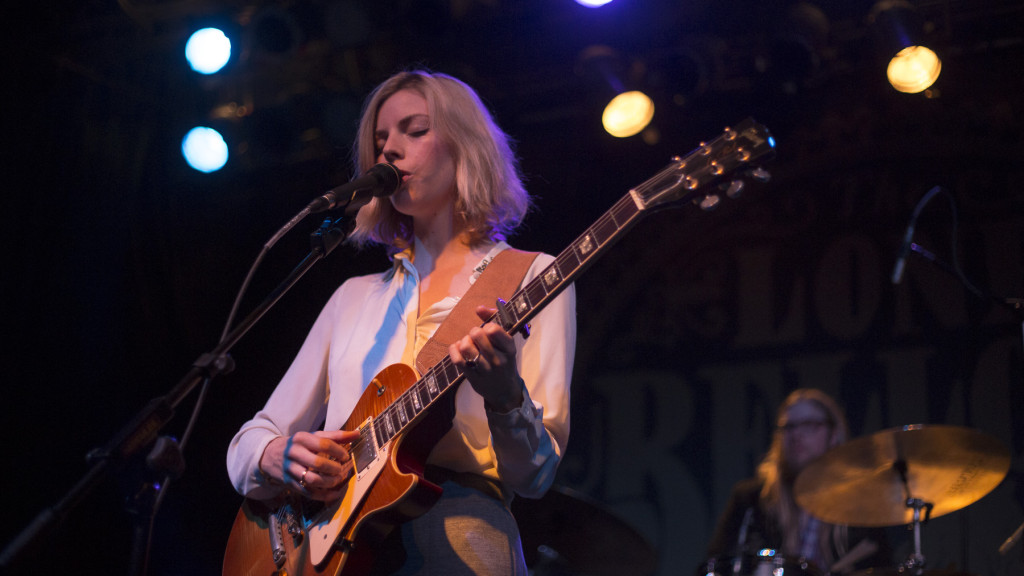 The evening started off with Odessa, a singer-songwriter from California who has an impressive resume of previously touring as a violinist for Old Crow Medicine Show and Edward Sharpe & the Magnetic Zeroes. Her talent is obvious – she’s a great guitar player with a soft, beautiful voice. However, I wish her style of music had translated better into this setting. I also wish that the crowd had piped down more during her set so I wasn’t as distracted, but unfortunately that’s to be expected with club shows. 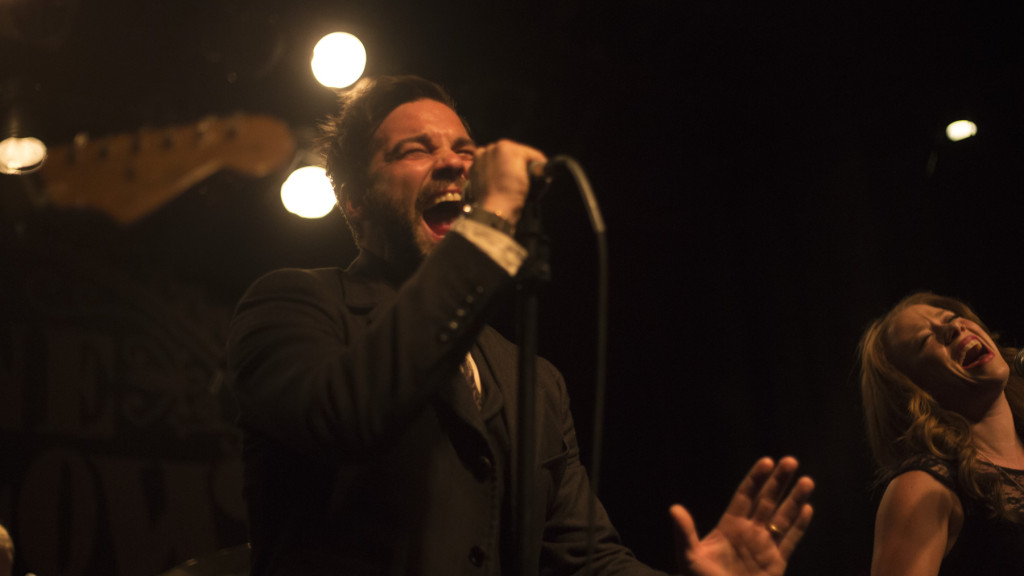 The Lone Bellow took the stage and immediately jumped into “Then Came the Morning,” the title track from their new album released earlier this year. Zach Williams, the lead singer, has an extraordinary ability to command a crowd – at times, it felt like he was a preacher and we were the congregation. I can’t properly express through words what it’s like to witness these three people pour their entire beings into each and every song they play. And after seeing them twice now, I have to believe that they give it their all every time. You can clearly see by watching them that making music is vital to their existence, and in a world where new bands pop up left and right (especially in this genre), it’s very refreshing to see something so original and genuine. 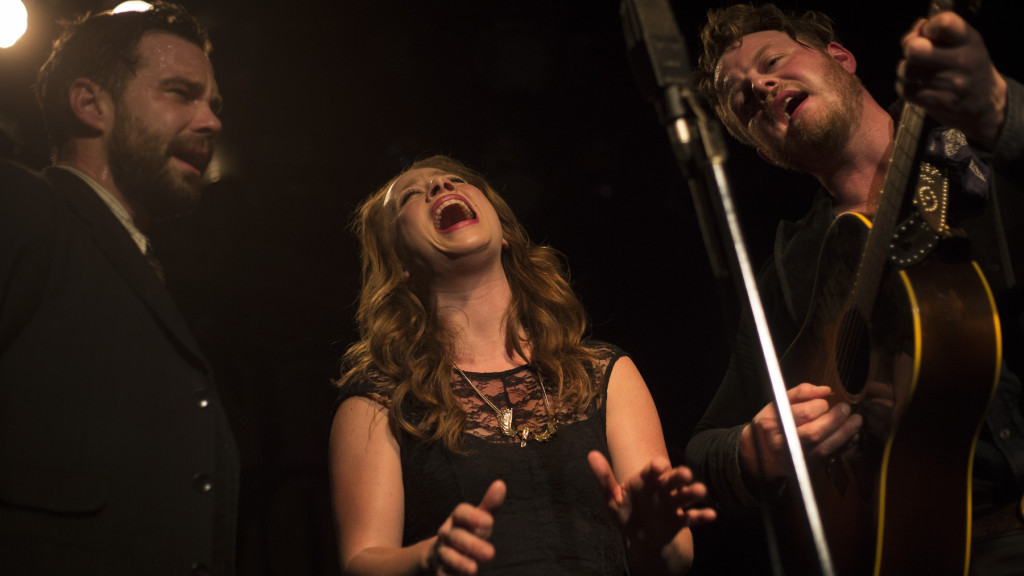 They followed their amazing intro with new tunes “Fake Roses” and “Marietta,” leading us to believe they were playing the new album straight through, but they switched gears and went back the basics of their debut album. The crowd was very excited to hear “You Never Need Nobody,” and they kept the momentum going with a few more up-tempo songs. While the three-part harmony between Zach Williams, Brian Elmquist and Kanene Pipkin is always on point, it particularly shines through during the acoustic songs. Kanene took center stage as they crowded around the microphone to sing Paul Simon’s “Slip Sliding Away” a capella at first, but shortly followed by Brian on guitar. The room was so silent aside from the music that you could probably hear the tears that were falling down my cheeks. And then, in what felt like a personal attack on my fragile emotions, they played “Call to War” and I excused myself to weep silently in the corner. Just kidding – but it really was emotionally haunting, in the best way.

After a few more songs, they did the classic fake-out and walked off stage. A few people, including my drunk friend, thought the show was actually over and left. Rookie mistake. She tried to come back in but to no avail, so unfortunately she missed one of the best parts, which was hearing them cover classic treasures like Deana Carter’s “Strawberry Wine” and KC & JoJo’s “All My Life.” I had a little too much fun pretending that I was in a karaoke bar and not at an actual concert. I’m truly sorry for all of you that missed it (the show, not my singing).

They closed out the show with “Green Eyes and a Heart of Gold” and “Teach Me to Know,” leaving me with the strange sensation of being fulfilled, but also knowing that I could have stayed and listened to them for another two hours. So if you haven’t gotten the chance to see them yet, don’t wait around the next time they come to town. Hopefully we’ll see them sell out The Ryman the not too distant future.