Bonnaroo Band of the Day: Unlocking the Truth 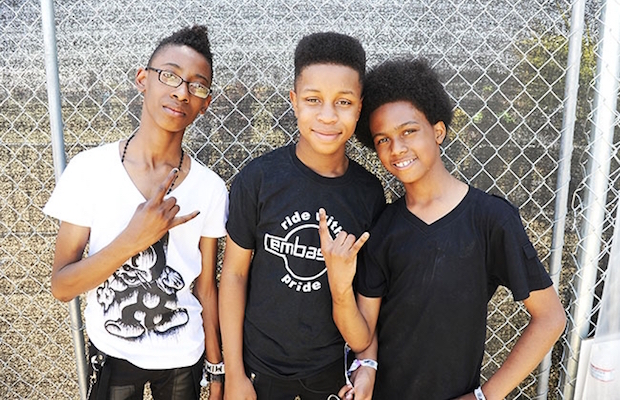 If we told you that Brooklyn’s Unlocking the Truth, barely just teenagers and only now beginning high school, had inked a $1.8 million major label record deal last year, what kind of music would you guess that they played? Probably some sort of mass-market One Direction-esque boyband pop, right? Or maybe even radio friendly hip hop? Try metal. Like, old school brutal thrash metal, with some some insanely heavy and technical modern sensibilities peppered in. If you’ve heard of the band before, it was likely due to a video of them performing in Time’s Square, which went viral in 2014. Since then, Unlocking the Truth have found themselves performing festivals like Cocahella, AfroPunk, and Warped Tour, opening for the likes of Guns N’ Roses and Motörhead, appearing on television programs like The Colbert Report, and popping up in commercials for brands like AT&T, Verizon, and Beats By Dre. How does that stack up to your middle school extracurriculars?

While much of the band’s public output so far has been technical, instrumental jam sessions or cover songs, they do have a few originals floating around, and are prepping to make good on that record deal with the release their debut EP, Free As You Wanna Be, sometime in 2015 (a full-length and a book will follow). Almost certainly the youngest band on this year’s Bonnaroo bill, they prove that not only is metal (and rock and roll at large) still alive and loved by the younger generation, but it’s in good hands. Keep an eye on these kids, and be sure to support their ‘Roo debut.