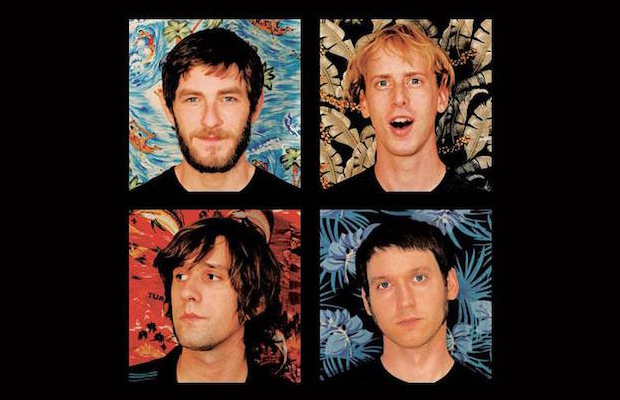 You’ve heard our emo/pop punk/power pop revival and renaissance spiel a hundred times by now, so we’ll spare you from our gushing over how exciting it is to be a fan of that scene in 2015, but, if you’re just getting hip to it, or you’re curious to see what all of the fuss is about, for just $8 TONIGHT at The End, you can catch four amazing bands who exemplify the best of a great musical movement: Rozwell Kid, Tiny Moving Parts, Free Throw, and Slanted. Read on to learn more about them!

West Virginia’s Rozwell Kid have been a buzzworthy fixture in the underground pop punk and power pop scene for several years running. Boasting a sound reminiscent of early Weezer, but with a fuzzy, modern twist, the group’s last album, Too Shabby, was one of the most criminally underrated records of 2014, and their upcoming EP, Good Graphics, will drop next week, March 10, on cassette through Nashville’s own Infinity Cat Records. You can hear a new single, “Hummus Vacuum,” below!

Hailing from the midwest, Tiny Moving Parts take direct and welcome influence from that region’s emo heritage, crafting a noodle-y, dynamic, and rhythmically driven sound which leans heavily on its emotional core, allowing lyrics and themes to drive their relatable compositions. Their 2014 release, Pleasant Living, was an important part of last year’s crop of “emo revival” records.

Slanted are a brand new project from ex-Diarrhea Planet drummer Casey Weissbuch (who also happens to be curating the cassette series releasing Rozwell’s Kid new EP, and, apparently, is handling guitar and vocal duties in this band). Check out their first single, “Gross,” below, and look for their debut album, Forever, later this month.

Rozwell Kid, Tiny Moving Parts, Free Throw, and Slanted will perform tonight, March 4 at The End. The show is 18+, begins at 8 p.m., and tickets are available for $8.