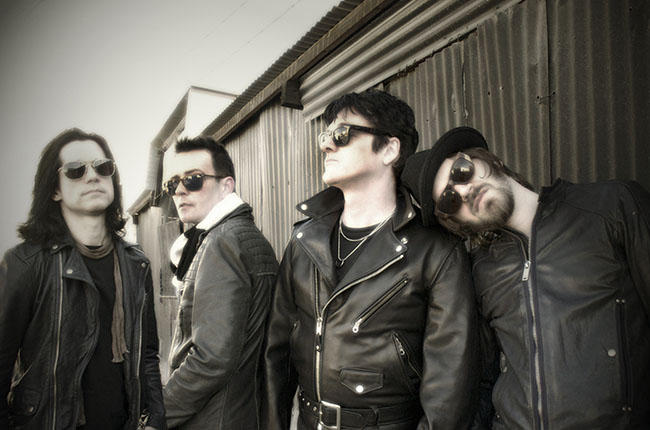 Scott Weiland, of Stone Temple Pilots and Velvet Revolver fame, will be at the Mercy Lounge tonight with his solo band Scott Weiland and the Wildabouts. Opening the night will be rebel rockers The Last Internationale and sweat rockers Stocklyn. Bring your rocking shoes because it’s going to be an intense night at Mercy Lounge.

Check out after the jump for more info on the bands and some videos.

Scott Weiland and the Wildabouts

Weiland had already been dabbling in a solo career long before he parted ways with the rest of Stone Temple Pilots, but now that his calendar has opened up, he has kept himself busy with a few different projects. In addition to a supergroup named Art of Anarchy, which he participated in last year but has since downplayed his commitment going forward, Scott Weiland and the Wildabouts are due to release their album Blaster later this month. Their current tour is in support of this upcoming release which you can preorder on PledgeMusic.

In a tradition that stretches back to activist artists like Pete Seeger to the more recent Rage Against the Machine, New York City-based The Last Internationale takes a very rebellious and socially conscious approach to their craft. While their sound is a very pleasing, modern rock with beautiful, catchy vocals, they do not shy away from the downtrodden in their lyrics. We’re excited to check them out tonight. They sound like a force to be reckoned with.

Texas-based rock ‘n rollers Stocklyn just released their debut album last month. They are a good fit with this tour because their bold two-guitar approach and belted vocals bring the rawk for sure. Join us tonight and see what it’s all about.

Scott Weiland and the Wildabouts, The Last Internationale, and Stocklyn will perform Monday March 2, 2015 at Mercy Lounge. The show is 18+, begins at at 8 (doors at 7), and tickets are available for $27.