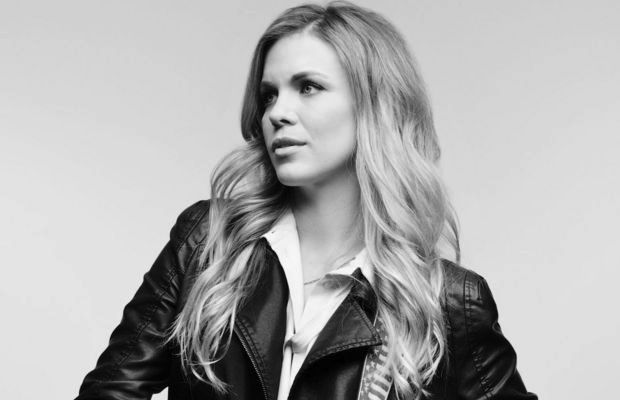 Soul infused Americana/blues maven Kristin Diable has a new album out today, Create Your Own Mythology, that needs to be in your life right now. We were blown away by her solo set at one of our Acme Feed & Seed partnered No Country Presents showcases, and when we got an early listen to the new record we were hooked. You will be too, if you catch her March 6th at The Basement, for the Nashville stop of her album release tour.  Get yourself a digital copy of the LP right here, and read on after the jump for a full review.

We’re pretty early into 2015, but we think we may have found one of the top records of the year in Create Your Own Mythology, the latest offering from southern Louisiana native Kristin Diable. Helmed by super producer Dave Cobb (Sturgill Simpson’s Metamodern Sounds in Country Music and Jason Isbell’s Southeastern), we think it’s got the chops to go a long way, and after you hear it, we’re pretty sure you’ll agree.

Right from the first song she offers us her soul/blues flavored brew in the uplifting “I’ll Make Time for You,” that channels newer Black Keys. She then shifts gears on “Hold Steady,” a more atmospheric, symphony-meets-the-bayou sounding track. Later we’re dabbling in late 60s styles, with “Eyes to the Horizon.” There’s little doubt it was inspired by famous tracks of the era, including the Zombies “Time of the Season.” One of our favorites, which struck a major chord at her No Country sponsored solo performance, is the piano laced “True Devotion,” which will make you love the one your with even more, or just make you wish you had someone to be devoted to. The groovy road trip ready number “Driving in Your Car” is also worth several listens … as are all the rest.

Over-all, the record dances through genres effortlessly, with near flawless production, her soulful singing, and uplifting lyrics the major constant. She sounds just a little bit like Lana Del Rey but lighter, more easy going, less dark. You can hold the cutesy falsetto and pop princess vibes, but there’s definitely a hint of smoke, and a smidge of her New Orleans/Baton Rouge background bleeding through that balances her musical arrangements to perfection. A truly unique talent that seems to just be hitting her stride. We recommend getting on board now or you’ll be left behind. Go see here next week (March 6th) at The Basement, and you can say you were hip to the game before she was a household name.