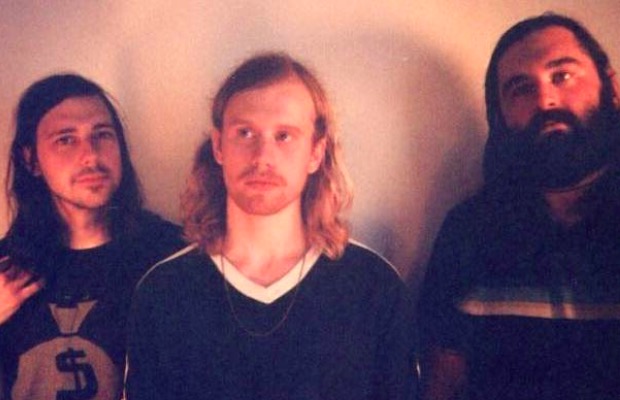 Another round of nasty weather appears to be heading our way tomorrow, but, today, finally, things are looking pretty clear. That means concerts are back on as scheduled, and there’s one hell of a punk show happening TONIGHT at The Stone Fox that you’d be crazy to miss. Pop punk up and comers The Sidekicks, fresh off the release of an amazing new album, are joined by all-girl indie punk trio Cayetana and local emo/punk group Free Throw. This killer lineup will only set you back 10 bones, and, let’s face it, you really need to get out of the house. Read on for a preview.

Hailing from Cleveland, Ohio, The Sidekicks emerged from a more rigidly punk scene as high schoolers, spending many years, countless days on the road, and several releases finding what would become a more pop punk and broader rock sound, exemplified on their latest album, Runners in the Nerved World, one of 2015’s best records so far. Coming off of a buzzworthy 2014, which included a tour with Against Me! and a new record deal with Epitaph, the group are helping lead the charge for a new wave of sincere, forward-thinking pop punk. They’re clearly on an exciting career trajectory, and there’s never been a better time to catch them, while they’re still rocking small-ish rooms.

There must be something in the water in Philly these days, because, more than anywhere else in America, that city has been churning out some of the coolest, most talented, and most organic punk derived acts in recent years. One such group, all-girl trio Cayetana, have managed to fuse elements of indie rock, pop, and punk to forge a hypnotic and unique sound. Their latest, Nervous Like Me, was one of last year’s most underrated releases, and they’re an exciting addition to this fantastic bill.

If the name Free Throw sounds familiar, it’s because we’ve told you about these local fellas on numerous occasions in the past. Doing their best, along with acts like Daisyhead, Nest, and Courtesy Drop, to bring a sincerity and legitimacy to Nashville’s underground emo/pop punk scene, Free Throw have found a sleeper hit in last year’s Those Days Are Gone, and, lately, have been picking up a lot of steam as one of the scene’s most talented up and coming acts.

The Sidekicks, Cayetana, and Free Throw will perform tonight, Feb. 19 at The Stone Fox. The show is 18+, begins at at 9 p.m., and tickets are available for $10.