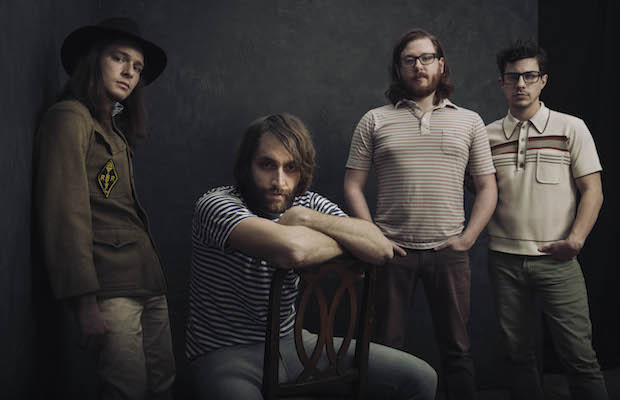 By now we hope you’ve heard, our live events production wing, No Country Presents, has taken up residence at Lower Broadway’s hippest new restaurant, lounge, retail, and event space, Acme Feed & Seed, where we’ve been bringing you a weekly, FREE, Tuesday night showcase, featuring some of our favorite emerging local and national talent. The curated showcase runs from 7 to 10 p.m. each week, and, so far, has featured everything from folk to funk to rock to indie. For our next installment, on Tuesday, Feb. 24, back from our first ever cancelation due to inclement weather, we’re bringing you an exciting double bill of locals James Wallace & the Naked Light (solo) and Ian Johnson. Keep reading to find out all about them, and cancel any other plans you might have Tuesday night, because you’re coming to hang with us. Got it?

This week’s Acme showcase takes place during the annual Country Radio Seminar, and, while the acts we booked aren’t connventionally country, they certainly harbor a strong affinity for folk sensibilities and strong, personal songwriting. We’ve been writing about locals James Wallace & the Naked Light for about as long as this site has existed, so we’re understandably thrilled to present singer-songwriter/frontman James Wallace for a solo set. Drawing influences from folk to gospel to indie rock to psychedelic, Wallace is one of Nashville’s best (and, perhaps, most underrated) songwriters. We interviewed the talented singer awhile back, so head here to gain more insight into his background, influences, and more.

Folk rock singer-songwriter Ian Johnson relocated to Nashville from Santa Rosa, California, and is set to release his full-length debut, Lord Have Mercy, this spring. Recorded at Nashville’s Silent Planet Studio, co-produced by Brandon Owens and Ian Johnson, and mixed by Vance Powell, the LP is a definite local release to look at for, and we expect to hear tons of new tunes at Acme! Listen to single “If It Ain’t Me” below.

James Wallace and Ian Johnson will perform Tuesday, Feb. 24, at Acme Feed & Seed. The show is 21+, music begins at 7 p.m., and, per usual, it’s totally FREE. Downtown PARKING can sometimes be an issue. However, if you’re willing to walk a few blocks, street parking is typically easy to find on the numbered avenues south of Broadway, or along Korean Veterans Blvd. Metered spaces are often free after 6 p.m.