Longtime Nashville music fans likely remember the good times, but also the ultimate demise of Vanderbilt’s student radio station, WRVU, in 2011.  This blog started up mere months before the station was shut down, but, even in our short time in town, we fell in love with the free-form, truly independent station and their funky, intriguing mix of programming.

It was recently announced that, with the reality of low-power FM, the folks that really made WRVU tick have teamed up and been granted a license to start a new station, WXNA, which will broadcast at 101.5 FM.  This news comes around the same time that Radio Free Nashville has begun broadcasting city wide on your radio dial at 103.7 FM.

If you are one of those folks out in the world that want to retain Nashville’s authenticity and unique character, WXNA is definitely something you should be behind full force.  To that end, head to a “Pre-Valentine’s, Pre-Fundraising Fundraiser” tonight at Grimey’s Too from 5pm to 7pm.  Many of the DJs (from the former WRVU and future WXNA) will be in attendance, spinning records, and hamming it up.  Donations will be accepted for the station’s construction, and, if you are worried about missing happy hour, Grimey’s will provide some BEERfreshments to those of age.  Be a part from the start for a good cause.  Head below for more information. 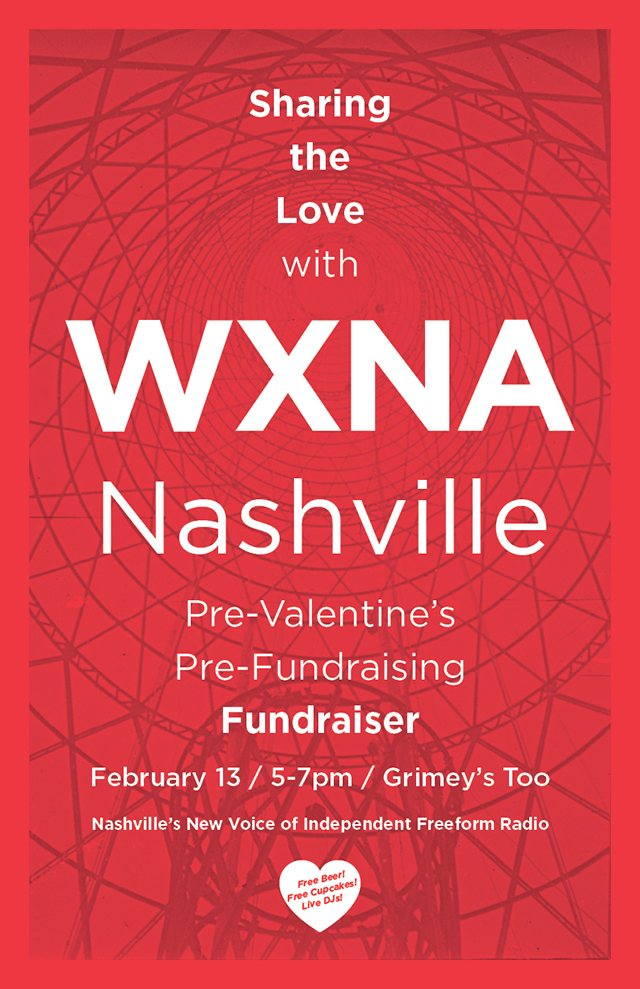