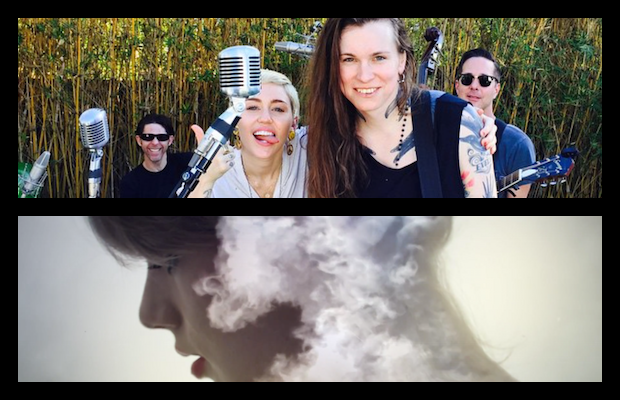 While neither claim Nashville as their primary residence these days, Music City still did, undoubtedly, play huge part in establishing the careers of pop megastars Miley Cyrus and Taylor Swift (the former was born and raised here and the later relocated before launching her career). And, while we don’t aim to bring you every tiny tidbit of news about the pair, we try to check in every once in awhile when something interesting pops up.

First, a really cool new project from Cyrus (who, countless times, we’ve defended as much, much cooler than she gets credit for) caught our eye, when the pop star posted a picture of herself hanging with punk rock frontwoman and transgender activist Laura Jane Grace of Against Me! Why, you ask? Cyrus has apparently started a new non-profit called The Happy Hippie Foundation, whose mission statement is “Rallying young people to fight injustice, starting with youth homelessness”- a topic the starlet has been passionately outspoken about over the last year. In addition to Against Me!, Miley invited Joan Jett and Ariana Grande out to record concerts in her backyard, for a project called “Happy Hippie Presents,” in order to raise awareness for the cause. We wouldn’t be surprised to see her pal Wayne Coyne of The Flaming Lips pop up for this as well. Check out Miley’s Instagram for some cool behind the scenes photos.