Lord Huron to Play The Ryman May 6 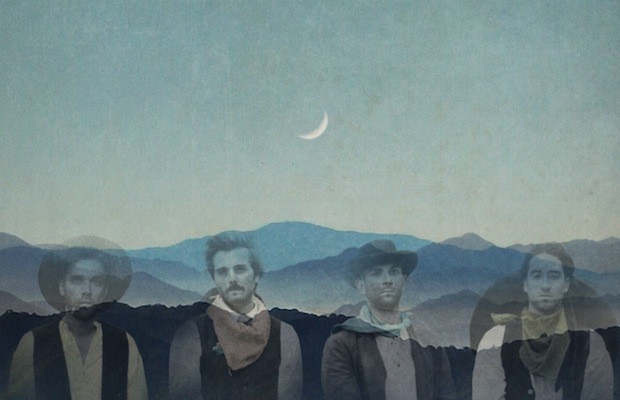 It’s been almost exactly one year since folk/indie/performance art act Lord Huron headlined Cannery Ballroom- their largest Nashville show to date, following a quick ascent from The High Watt to 3rd & Lindsley to that sold out set, all in the span of about a year. Things have been relatively quiet for the Los Angeles group in the time since, but don’t think they didn’t put their downtime to good use. Teased for weeks and officially announced this morning, the Ben Schneider-led band are set to drop their sophomore full-length, Strange Trails, April 7 via Iamsound, and, as bands are wont to do, they’ll be hitting the road in support. Marking their continued buzz and growth, the boys’ll be upgrading to The Ryman Auditorium this time around, and will host Leon Bridges as their opener. Look for tickets beginning Friday, Feb. 13 at 10 a.m. CST right here, with a pre-sale beginning one day prior (check back for details). If there’s anything we’ve learned from Lord Huron’s previous Music City shows, this one stands a good chance of selling out, so snag your spot early, and check out the group’s new single, “The Night We Met,” below!

Turbo Fruits Premiere "The Way I Want You" Music Video; Catch Them Feb. 15 at 3rd & Lindsley