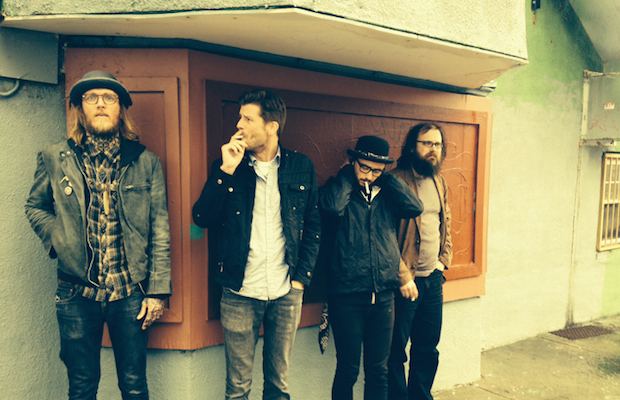 If you are looking to find your new favorite band tonight, head to fooBAR on the east side to catch Atlanta’s Spirits And The Melchizedek Children. The band has been touring relentlessly in support of their most recent release So Happy It’s Sad, which the AV Club described as “Richly layered meditations that float in the cold zone between forlornness and a vast cosmic awe.”

We’ve been spinning this record in fairly heavy rotation over here, and can’t get enough of the dreamy psychedelic post rock sounds.  Have a listen to So Happy It’s Sad below, and get out to support the rest of the lineup featuring rockers Ascent of Everest, a solo project from Michael Parks Jr of All Them Witches, and Must Be The Holy Ghost tonight.