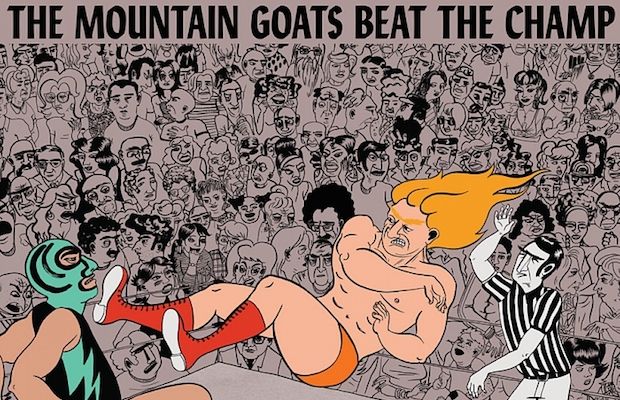 When it comes to prolific songwriting, few come to mind that top the genius of John Darnielle (dba The Mountain Goats), who just announced the group’s 15th official LP release, Beat The Champ, due out April 7 via Merge.  A master of playful, surficially silly – yet teeming with lyrical depth, he reports that the new record covers topics including vultures, pigs, dinosaurs, necklaces, plates with pictures of cats on them, attachable dragon tails, the career trajectory of Black Sabbath, and professional wrestling (which explains the sweet ass partial cover art above).  You can read Darnielle’s personal “press release” here, which very well may be the lyrics to one of the tracks on the album.

While you wait for the release of Beat The Champ, you can enjoy the first single “The Legend Of Chavo Guerrero” below, and snag tickets for the first date of their upcoming tour at Nashville’s own Mercy Lounge on April 2.