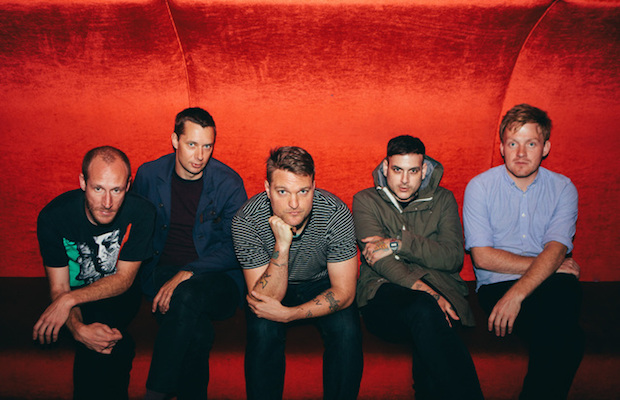 Celebrating the release of their fantastic fifth album, Hold My Home, SoCal indie outfit Cold War Kids have experienced something of a return to form in recent years, sparked in part, most likely, by a bit of a lineup shuffle. Recognized as being one of the most dynamic live acts in indie rock, Cold War Kids will be joined by experimental/electronic singer on the rise Elliot Moss, and tickets for this not to miss show are still on sale here. Or, if you’re feeling lucky, and would like to try to win a pair, read on for more about the lineup and details on how to enter!

It’s been over a decade since Long Beach bluesy indie rockers Cold War Kids first got together, and nearly a decade since they exploded onto the scene to an unheard of level of buzz with their debut, Robbers & Cowards, winning over legions of fans and critics alike. And, while in the years since the band have remained strong, churning out some quality successive releases and becoming a live juggernaut and festival staple, it wasn’t until last fall’s Hold My Home that Cold War Kids managed to fully recapture the energy and inspiration of their debut. A couple of lineup changes in recent years seems to have helped them recapture their stride, because they’re making the most cohesive, focused, and simple yet ambitious music of their career to date, and, live, there’s never been a better time to catch the group. With five albums’ worth of back catalogue, you never know what to expect, but, what we do know is that you don’t want to miss the band’s first Nashville date in two years.

Winner will be announced Wednesday, Feb. 4 at 2 p.m. CST, and will receive one pair of tickets. Good luck!