“Weird Al” Yankovic to Play The Ryman May 23 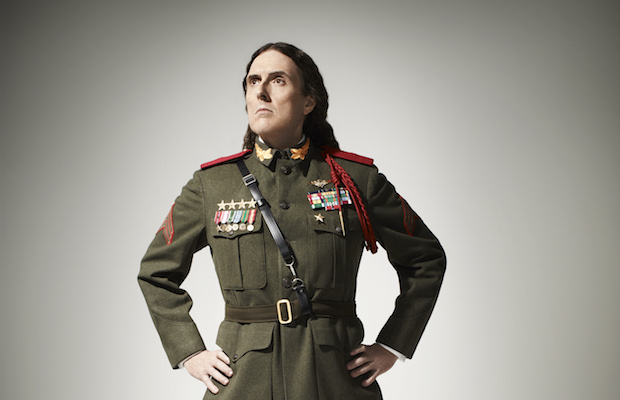 Beloved comedian and parody artist extraordinaire “Weird Al” Yankovic hit a major career milestone in 2014 with the release of his self-produced 14th album, Mandatory Fun, when it nabbed the number one spot on the Billboard Charts. A hit with fans and critics alike, the record, in typical Al fashion, combines original and pop culture lampooning “style parodies” with outright reworkings of hits by artists like Lorde, Pharrell, and Iggy Azalea. With so much success and buzz (including a multi-platform music video release leading up to it), it stands to reason that the Price of Parody would hit the road in support, and, with last night’s unveiling of the Mandatory World Tour, we’re delighted to announce that Yankovic will return to Nashville this spring, May 23, for a performance at The Ryman Auditorium. If you haven’t seen “Weird Al” live and you’re a fan, this one should be, well, mandatory. His performances are career-spanning, immersive, and are complete with costume changes, interactive videos, and more, and you can grab your tickets to this one beginning Friday, Jan. 30, at 10 a.m., with a pre-sale beginning one day earlier.