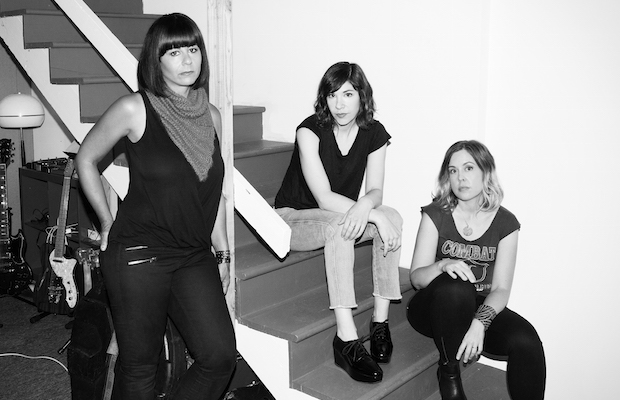 Next week, the entire world (or at least those of us with good musical taste) will rejoice when reunited indie punk trio Sleater-Kinney return with their first album in 15 years, No Cities to Love (out Jan. 20 via Sub Pop). In support of its release, the band will embark on their first tour since disbanding in ’06 this spring, and will be stopping at Nashville’s own Marathon Music Works on April 23 (tickets here). Ahead of both the show and release, Sleater-Kinney have debuted a new music video for title track “No Cities to Love,” which features a star-studded array of cameos, from actors to comedians to fellow musicians, singing along and rocking out to the track. And, while, it’s addictive to play “spot the celebrity” throughout, the cameo that most caught our eye is actress Connie Britton (of ABC’s Nashville), who opted to film her portion in front of DCXV‘s iconic “I Believe In Nashville” mural here in town. Watch the vid below, and keep an eye out!