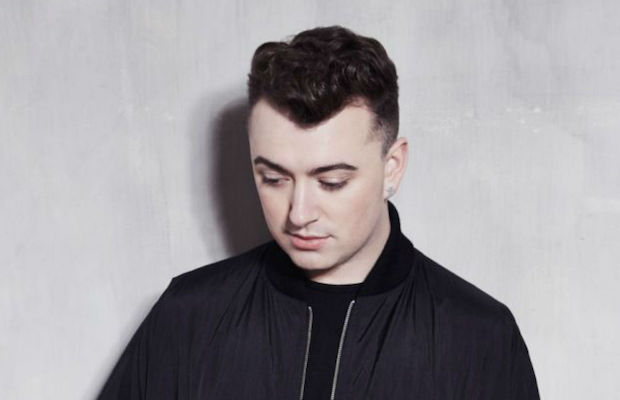 At the young age of 22, UK singer-songwriter Sam Smith has already been nominated for six Grammy Awards this year following the release of his debut album, In the Lonely Hour. Released in May, In the Lonely Hour was the second biggest selling album of 2014 in the U.S., only behind Taylor Swift’s 1989 (and not counting the Frozen soundtrack). The immediate hype of Smith’s quick rise to fame is not unmerited. His soulful, powerhouse vocals are no less stunning live than on his recordings, and his latest stop in Nashville helped to prove it.

The sold-out show at The Grand Ole Opry House last weekend was Smith’s second visit to Nashville, following his incredibly successful show at the Ryman just last October. Sam’s Opry performance can be described with every positive superlative in the English language, but one word that continues to stand out to describe not only Smith’s shows, but Smith himself, is genuine.

The moment the lights lowered, the crowd stood to their feet, shouting and clapping in anticipation of the singer’s entrance. Opening with dramatic lighting and keeping in the shadows, Smith’s vocals rang out clear with his song “Life Support.”  Throughout the entire night, he never failed to interact with his adoring audience, share openly about himself, and, more than anything, smile.

Although Smith admits to In the Lonely Hour being (as the name implies) a sad album, mainly about unrequited love, the performance was far from grim. Sam and his five piece backing band as well as three back-up singers kept every song fresh, interesting, and touching. Effortlessly moving through the setlist and on the Opry stage, Smith and his band managed to tastefully transform select songs to add an extra touch of flare and individuality to each one.

“Together,” “I’ve Told You Now,” “Nirvana,” and “Like I Can,” where the audience joined the singer in clapping enthusiastically throughout the song, were a moving and flawless first part of the night. Following a dance party version of track “Restart,” where Smith and his back-up singers urged the audience to join them in dancing, a beautiful grand piano was brought onto stage as Sam opened up about his personal experiences in unrequited love. With Ruben James accompanying him on piano, Smith moved into a beautiful and intimate version of “Good Thing,” followed by a vocal entrance of “Lay Me Down,” where the rest of the band joined in during the bridge.

Through every song, the genuine gratitude expressed on Smith’s face was incredibly refreshing. As well as performing every song from Lonely Hour, he managed to also perform a beautiful and romantic rendition of “My Funny Valentine,” as well as two aforementioned songs from his EP, Nirvana, which included the EP’s title track, “Nirvana” (my personal favorite), and “Together.”

Smith closed the set with a soulful version of “Money on My Mind,” after playing a surprisingly slow and jazzy version of the hit “La La.” After a short exit, he returned for an encore, and performed an acoustic version of “Latch,” an a Capella opening to “Make it to Me,” and, of course, a beautiful close with his most successful single to date, “Stay with Me.”

The audience seemed to move Smith just as much as he moved us, and we are already looking forward to his next visit to Nashville, expecting nothing but greatness from the incredibly talented artist.

A fun aside: Sam stayed outside taking selfies with fans after the show for two hours, and was later at Pinewood Social, where he talked about how obsessed he was with Lady GaGa and how terrible his early music was because he tried so hard to emulate her.

Latch
Make It to Me
Stay with Me