JEFF The Brotherhood to Release ‘Wasted on the Dream’ on March 10!

If you’ve been following JEFF The Brotherhood’s Twitter account for the past week or so, you have noticed a very funny string of tweets with #WASTEDONTHEDREAM featuring a wide variety of photos of celebrities in various states of “wasted”.  We’ve been telling you about an upcoming follow up to 2012’s Hypnotic Nights for Nashville’s garage rock heroes, and today it was announced that the now-less-confusing album number 8, titled Wasted On The Dream, is set to drop on March 10th.

This latest effort features the continued evolution of brother’s Jamin and Jake Orrall from a duo to a full blown rock outfit.  Wasted On The Dream features an expanded lineup including Jake upgrading to six string guitar and Jamin using an expanded drum kit, but it also includes Jack Lawrence (The Dead Weather and Raconteurs) on bass and guest contributions from Bethany Cosentino of Best Coast, Diarrhea Planet guitarists, Evan Bird and Emmett Miller, and a flute solo by Ian Anderson of Jethro Tull.

We’ll surely have more info as that date approaches, but, if you are like us, you aren’t going to wait for more info, you are going to pre-order that sucker right here!  Pre-orders will receive an immediate download of the singles “Coat Check Girl” and “What’s A Creep” (which we already told you about).  You can stream both of those, and check out the album cover and track listing below. 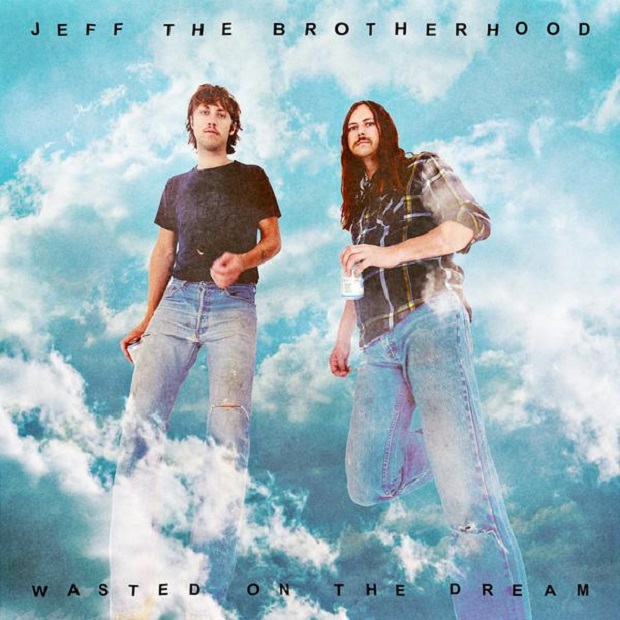 Track Listing for Wasted on the Dream: