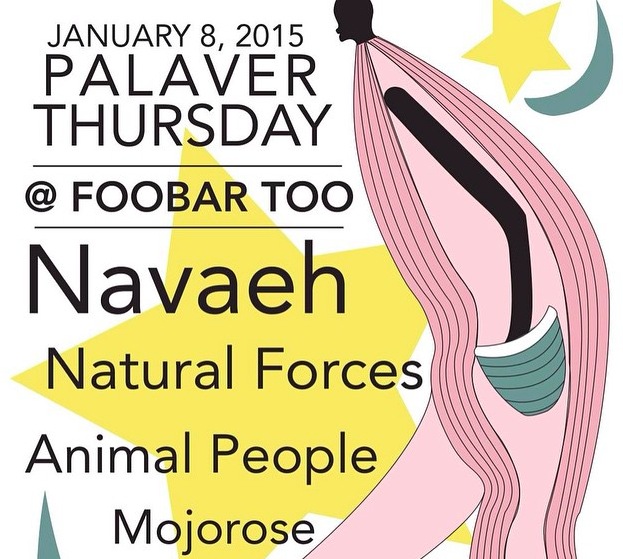 East Nashville-based independent record label Palaver Records has been steadily putting on cool events and releasing local rock music since it was founded five years ago. You might recognize the name from the weekly shows the label puts on at FooBAR on Thursday nights though that’s definitely not all the label gets itself up to. This week’s Palaver Thursday at FooBAR marks the label’s second anniversary of putting on the Thursday night showcase, and features the post-grunge band Navaeh, alternative rock duo Natural Forces, indie pop-rockers Animal People, and hard rocking blues band MoJoRose all for just $5. Click through to listen to some tracks from the artists and even if you can’t get to this one make sure to check out Palaver Thursday at FooBAR when you can. In addition Palaver has started booking every other Saturday night at East Nashville dive bar Turn One, so there are plenty of opportunities to check out the talent the indie label draws.

Navaeh, Natural Forces, Animal People, and Mojorose will perform Thursday, January 8 at FooBAR too. The show is 21+, begins at at 9 p.m., and tickets are available for $5 at the door.