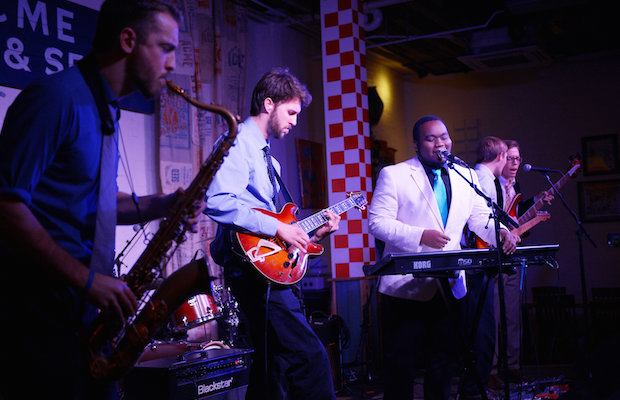 Every single Tuesday for the past several months, we’ve been teaming up with hip new restaurant and performance space Acme Feed & Seed to host a free showcase of some of our favorite emerging local (and national) talent. For our latest installment, which marked our twentieth consecutive week at Acme, we hosted local eclectic funk, r&b, and soul outfit The Aquaducks, along with retro-tinged rockers The Alarms. And, while this evening marks the beginning of our holiday hiatus, you can read on for our recap of last week’s fun, and look for our Acme return in January! 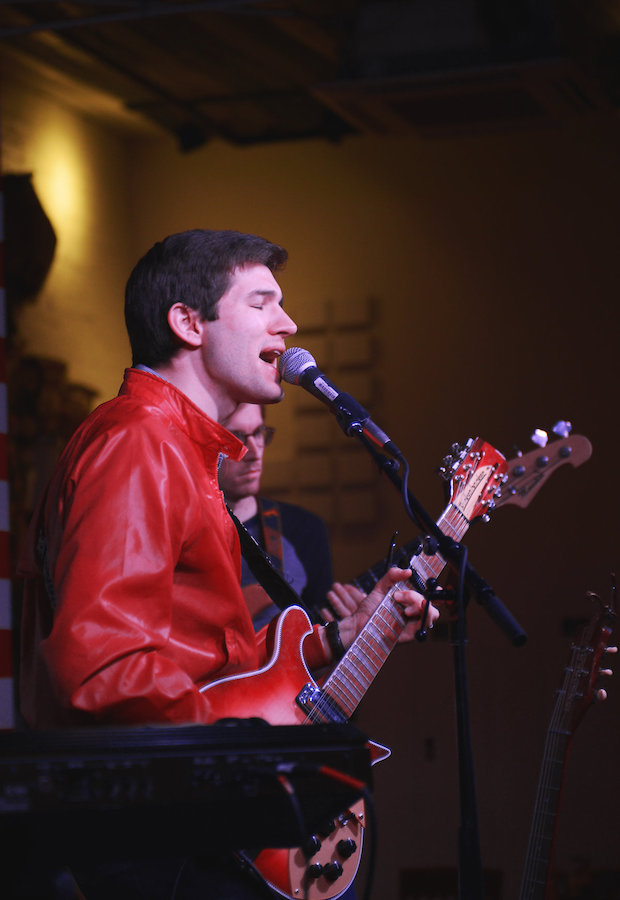 The Alarms. Photo by Mary-Beth Blankenship.

Kicking off the evening were The Alarms, who first came to our attention as “Robert Gay & The Alarms.” The local trio (who had an presumed fill-in bassist and seem to be in the market for a permanent fourth member) have been making music together for several years, and frontman Robert Gay is also a member of local electro pop group Kind (formerly Vitek). With The Alarms, Gay stands front and center, and does so to outstanding results. The group recently released a new full-length, Real Tough Love, and their set, which also included an eclectic array of covers, pulled heavily from its strong tracklisting. Brandishing a sound that nostalgically draws from classic artists like Paul McCartney and Elvis Costello, but also channels a modern, poppy warmth akin to Elliot Smith and rocked out presence not dissimilar from the Foo Fighters, The Alarms truly flexed a wide range of rock and roll sensibilities, and managed to entertain with an electrifying set. There were a few overly enthusiastic false starts here and there, but the group’s momentum (and their clear enjoyment in performing) made it a great experience, and their message, which, at times, took a serious and socially conscious turn, was commendable. If this band isn’t on your radar yet, they should be. 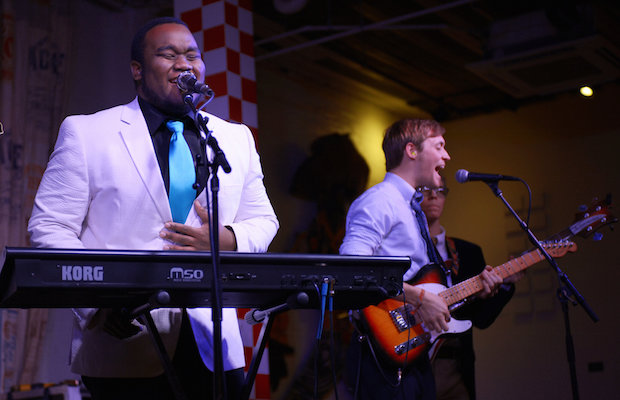 The Aquaducks. Photo by Mary-Beth Blankenship.

Piling onto the stage, and sporting an auxiliary percussionist, two guitarists, a sax player, and more, funk rock outfit The Aquaducks erupted into one of the most polished, professional, and fast paced sets we’ve ever hosted at Acme. I’d only heard the band in recording prior to this show, and, while I knew they were talented, the experience of seeing them live brought forth a whole new level of respect and admiration. Anchored by soulful, powerful keyboardist and frontman Cavanaugh Mims, the group explored the range of funk, rock, r&b, jazz, and so much more, compelling audience members to dance, clap, and sing along. Belmont has produced some seriously impressive bands in recent years, covering most every musical base, but, for our money, The Aquaducks are most definitely one of the best, destined to become a frequent festival act and, likely, a staple of the modern funk and fusion scene. Building off of their own forward-moving energy and feeding off of the ecstatic crowd response, the band played well into the evening, proving just how unpredictable an Acme night can be. A few great covers popped up in their set, but my favorite, by virtue of its unexpected inclusion and outstanding delivery, was Outkast’s “Roses.” If you haven’t yet seen The Aquaducks live, you should fix that immediately, because they are, without a doubt, one of Nashville’s best emerging live acts! 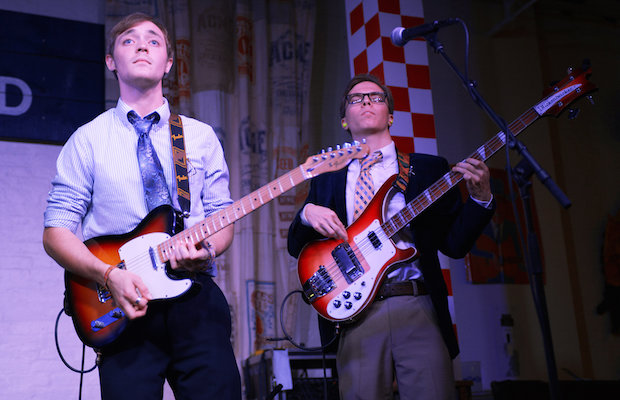 The Aquaducks. Photo by Mary-Beth Blankenship.

Our free, weekly Tuesday night showcase at Acme will return on January 6. Stay tuned for additional details, and happy holidays!