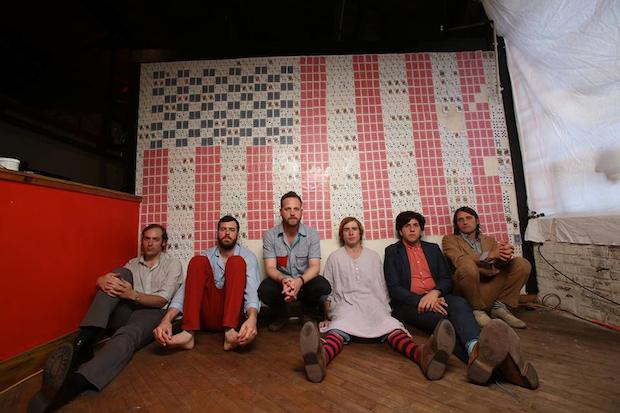 Hot on the heels of announcing a new live album, Live at a Flamingo Hotel (due out Jan. 13), indie rockers Dr. Dog have also released a new music video, which you need in your life.  It’s a live performance of “Heart It Races,” which, if you’ve ever been to Dr. Dog show, you know is a crowd favorite. However, some people may not know it’s actually a cover, and the song was originally written and recored by a band called Architecture in Helsinki (you can check out their version here). Regardless, the boys from Philly have made it their own, and you can enjoy after the jump, or, better yet, LIVE and in person at The Ryman Auditorium on March 27 with mewithoutYou. Tickets are still available here, but you’d better hurry, because, as we’ve been saying, it’s on track to sell out. Be sure to sign up for pre-order of their new album here, and, as an added bonus you get a free down load of “Heart It Races” instantly. What’s not love?