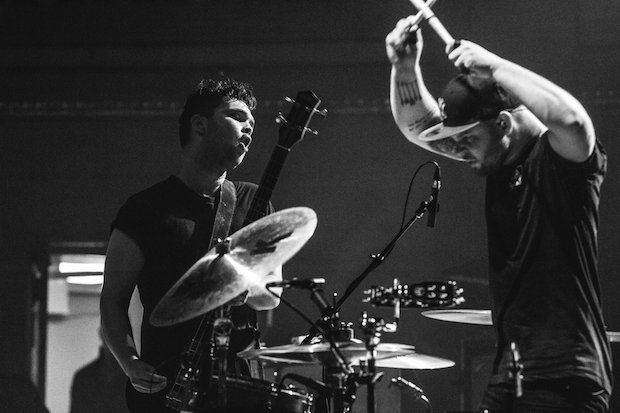 Heavy rains wouldn’t drown the spirits of the rowdy crowds at War Memorial Auditorium for the 102.9 The Buzz Swanky Sweater Holiday party last Friday night.  Throw in the rocking good times of Meg Myers, Royal Blood, and Bush, and a blizzard wouldn’t have tamed the crowd.  Needless to say, the rain did keep us from catching the majority of Meg Myers, and the length of another long week forced us back out the door before Bush concluded.  But, that didn’t keep us from seeing one of our best finds of 2014 in Royal Blood.

Head below for our full review, and some amazing photos from Sundel Perry. 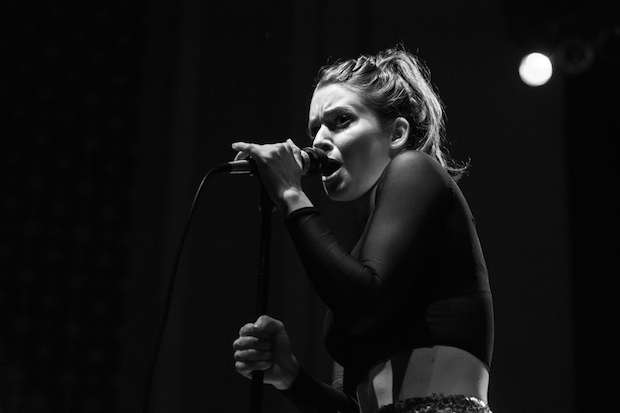 We finished a few drinks at The Oak Room to prime us for a night that would rock the boxes in the storied War Memorial.  As we made it in, we caught the final powerful song from rocker Meg Myers.  Perhaps the next time she makes it through town, we’ll be able to catch more of the fiery femme. 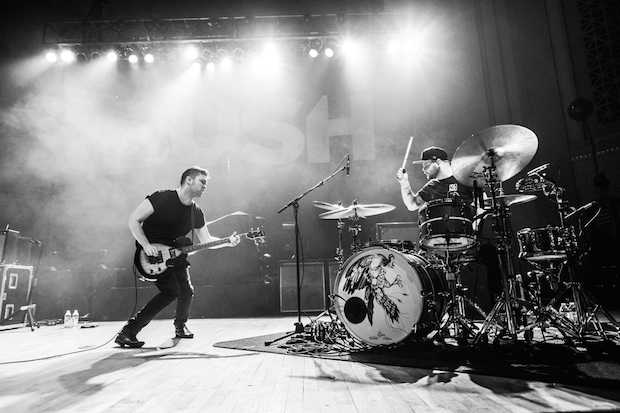 Our first encounter with Royal Blood was a chance encounter at the Cedar Street Courtyard in Austin, TX during SXSW, and it took almost a year until we had an opportunity to repeat.  Now with a full LP under their belt and a drummed up stage presence, Royal Blood clearly took the throne as the headliners of the night.  Folks in the crowd were milling about discussing the band with rapt ardor prior to them beginning, and the band, with little chatter, tore right into the driving, chest rumbling, bass explosion that has already catapulted them into the public eye and numerous year end best of lists.  It’s no wonder they will be opening for some of the biggest tours (read Foo Fighters) in Europe this summer.  It’s not too long before I expect the same adoration on this side of the pond. 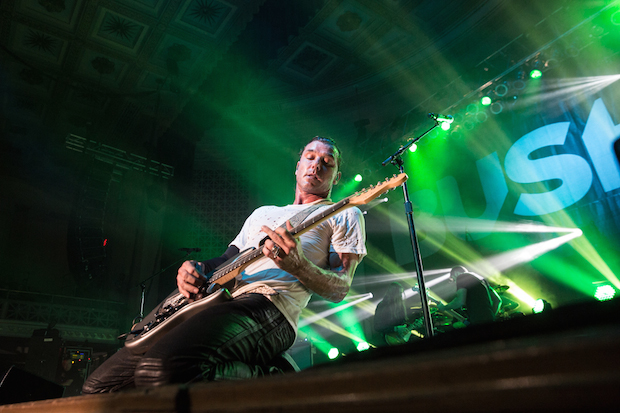 I wasn’t that big of a Bush fan back when there were TONS of Bush fans.  That doesn’t mean that I didn’t recognize the trademark wail of the guitar, and the 90’s mega-hit “Machinehead” from the debut album Sixteen Stone (which coincidentally [or not] turns 20 this year).  We couldn’t wait around to ensure that the show closed with “Glycerine”, but we ran into a few friends on the way out whom apparently weren’t quite over their teenage Gavin Rossdale crushes.  From the stories that percolated amongst our group afterwards, “the hits were played, and they sounded better than they would on the old scratched CDs”.  And, let’s face it, most of the revelers were there for a nostalgic party, not to find the next great rock band.