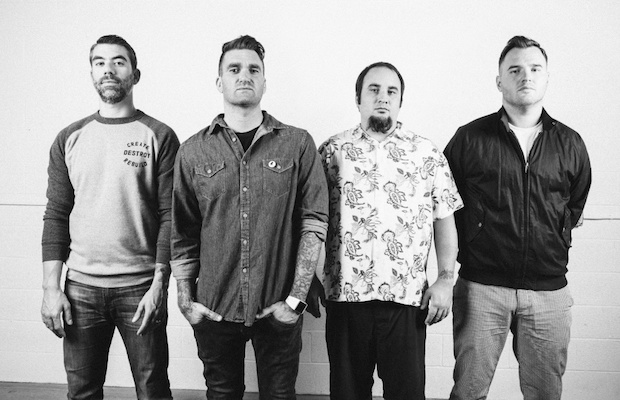 Though they remain one of the hardest working bands in pop punk, and seemingly tour pretty much nonstop, New Found Glory haven’t made their way to Music City since a 2010 outing with Paramore (and haven’t headlined here since 2008). That’s all about to change April 9, however, when NFG play Mercy Lounge for the first time, along with (correction: Turnstile won’t be playing this one, but you can catch them Feb. 18 at The End), This Wild Life, and Turnover. Out in support of their eighth album, Resurrection, the group are as energized as ever, and, thanks to their unrelenting fan-service of sticking to the scene they know, while constantly strengthening their approach, NFG are as dependable, seasoned, fun, and nostalgic live as you would hope. While they originated from Florida, the group are spread out these days. Vocalist Jordan Pundik even occasionally calls Nashville home, and recently apprenticed at Safe House Tattoo (how’s that for moonlighting?). You can grab VIP tickets for this one now and general admission on Dec. 18 here, and you can watch the group’s music video for “Snow,” a brand new and very NFG Christmas song, below.