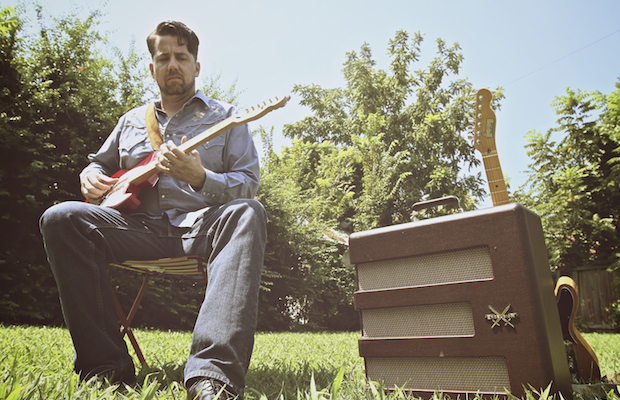 Nashville is not known as a blues town, but folks claiming that must have missed the boat on Patrick Sweany.  We’ve been preaching his goods for a long time now, and have seen his national presence rise considerably in the last couple of years since the release of his stellar eight album Close To The Floor in June of 2013.

If you haven’t heard that album yet, stop reading and click play on the embed below, so you can understand the depth of the influences in Sweany’s playing.  You can hear the generations old soul of Chicago bluesmen who paved the way, and you can hear the contemporary rock influences of Dan Auerbach of The Black Keys, who collaborated with Sweany as both were emerging in their early days in Ohio.

As Albert King once told Stevie Ray Vaughn, there are guys that can play and there are guys that have the soul, but it’s hard to find anyone who has both.  Albert and SRV certainly had it, and, once you see Patrick Sweany perform, you’ll have that feeling in person.

Feeling the need to check this out now, head to The 5 Spot tonight for an intimate early performance from 6pm to 8pm. This is the perfect chance for those of you early risers to enjoy an evening with one of Nashville’s finest.

Check Out The Infinity Cat Rarities Auction For Charity