Grab Your Tickets for All Them Witches w/ Adia Victoria This Sunday, Nov. 30, at 3rd & Lindsley Before They’re Gone! 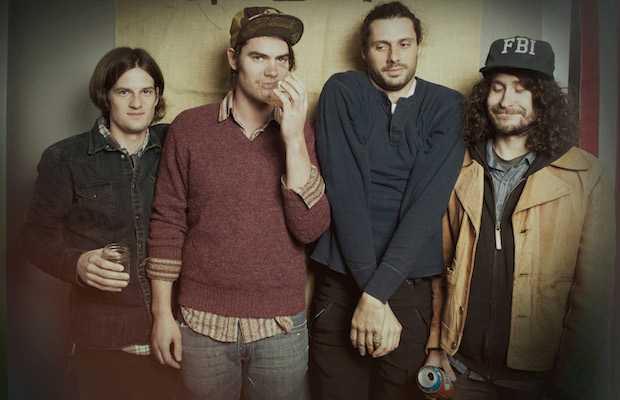 Lightning 100 have a killer evening planned for you to end your Thanksgiving weekend on a bluesy note, with music from two local up-and-comers that you need to know at 3rd and Lindsley this Sunday night, Nov. 30. We’ve been telling you about this show since the end of the summer due to headliners All Them Witches, but, with blues singer-songwriter Adia Victoria added to the bill, this gig is an absolute a must-see. Victoria has gotten raves for her authentic blues sound and honest depictions of the American South. All Them Witches have been gaining extra attention around town since they played Live on the Green this summer and released their latest album in September. We’re told tickets for this one are nearly gone, so head here ASAP to grab yours, ditch your family, drag yourself out of your turkey coma, and end your holiday weekend with some of the best new talents from Nashville. Find out more about both artists below!

Influenced by metal and psychedelic rock as well as the blues, All Them Witches play heavy southern rock with a spooky side. Their new album, Lightning At the Door, came out in September after a successful gig at Live on the Green and a single in heavy rotation on Lightning 100. The band’s obsessions include magic and the south, and some characters that populate their songs are a vengeful God and a Coyote Woman. You’ll definitely be hearing more about these guys as they promote the record in the coming year and, given that they made the album in just a few days, there could be more new music coming, too.

Blues singer-songwriter Adia Victoria has been getting raves from everyone from NPR to the Nashville Scene to local favorites Those Darlings for her raw honesty, her deep understanding of the blues genre, and songs that function as miniature southern gothic tales without fetishizing or glamorizing the region she grew up in. Her first single, “Stuck in the South,” has critics drooling on themselves and she was recently asked by Yale University to speak on a panel alongside Jack White and Greil Marcus about the early and important blues label Revenant Records. If all that doesn’t convince you that this girl is the real deal, or at least worth checking out, then return to gorging yourself on days-old leftovers.

All Them Witches and Adia Victoria will perform Sunday, Nov. 30 at 3rd and Lindsley. The show is all ages, begins at at 8 p.m. (doors at 6 p.m.), and tickets are available for $10 while they last!