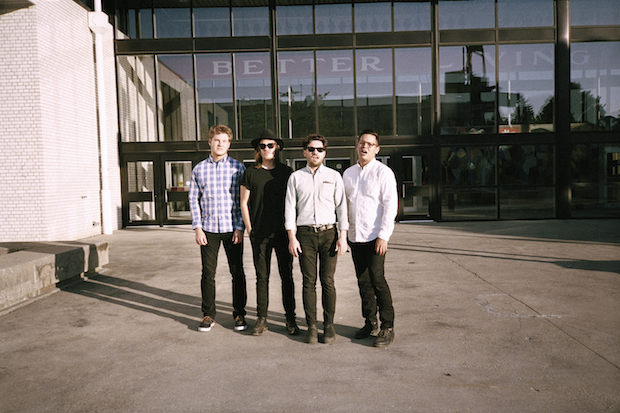 Canadian punk band Single Mothers are bringing their raucous live show to The End tonight, Nov. 21 with locals Sheep Shifters and Harper. Single Mothers have earned raves for their recent debut, which shows intellectual punk at its angriest and has the band being called one of the best punk acts to come out of the great white north in recent memory. The group’s lyrics rail against drug abuse, small-town inertia, and intellectual snobs, and pull off the difficult task of being too smart to be blown off as being whiny. With all the buzz Single Mothers are gathering, this show is the perfect chance to see an up-and-coming punk band at one of Nashville’s best grungy venues. Also, for a double dose of Single Mothers or just for a bit of free fun, you can catch the group at 6 p.m. for an in-store performance at Grimey’s! Read on for more about The End lineup.

Canadian punk act Single Mothers have been getting rave reviews for their new record and debut full-length Negative Qualities, which skewers small-town life and intellectually pompous jerks. Formed in 2008, the group picked up some early steam before lead singer and lyricist Drew Thomson quit the band for two years to prospect gold in a town called Swastika, Ontario (which refused to change its name after WWII). Single Mothers’ punk is intellectual and rowdy, and with Thompson back in the fold, a few successful tours under their belts, and out in support of their best album to date, there’s never been a better time to catch the group’s crazy live show.

Sheep Shifter are a local quartet that describe themselves simply as a “loud rock band” and play screechy metal that will probably be really loud live.

Drawing influence from post-hardcore, punk, and math rock, local rockers Harper fall somewhere in between Sheep Shifter and Single Mothers sonically. Their bombastic, abrasive yet melodic, and unhinged flavor of rock is primed to kick one hell of a show, so get there early and plant yourself in the pit.

Single Mothers, Sheep Shifter, and Harper will perform tonight, Nov. 21 at The End. The show is 18+, begins at at 8 p.m., and tickets are available for $10. Single Mothers will also perform a free, all ages in-store at Grimey’s at 6 p.m.