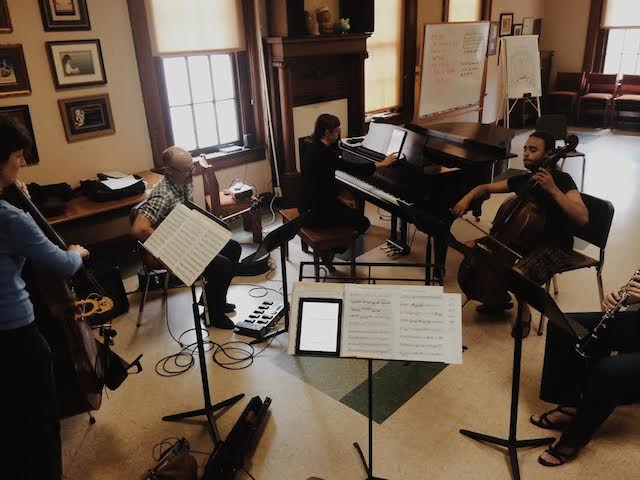 What up humpers? You know it’s the middle of the week when we start taking a little detour from our usual coverage of the hippest goings-on and divert you down the path to something a little bit unusual. Sometimes it’s silly, sometimes it’s serious, and every so often it’s something simply not to be missed that happens to be a little bit left of the mainstream.

What the heck is alternative classical chamber music? A pretty awesome way to divert yourself from your routine and a uniquely engaging way to kick off an early start to your weekend – that’s what! So take the jump and familiarize yourself with Nashville’s most intriguing new musical enterprise!

Chatterbird will be bringing you “works by young, innovative composers who skirt the margins of traditional classical music, sliding between the genres of classical, jazz, rock, avant-garde, and folk to create thoughtful and inventive classical music.”

The evening’s program will also feature a special appearance from FALL, an aerial contemporary dance group, reprising their piece, within the space of seven breaths for percussion and recorded sound (previously premiered at this year’s Sideshow Fringe Festival). [More on FALL here].

The set list will include “Proven Badlands” by Annie Clark/St. Vincent which was written in collaboration with yMusic (the only group to have previously performed it — recording below). Chatterbird  has the distinction of receiving special permission from St. Vincent’s management and publisher to premiere this piece in Nashville.

The evening will also include Chatterbird’s take on “Magic with Everyday Objects” by Missy Mazzoli. The Mazzoli has likened the piece to “A nervous breakdown, in which ‘everyday’ building blocks of music are turned upside-down.” Performance by the NOW Ensemble below…

As well as “The Night Jaunt” by Timo Andres – you can check out the un-embeddable track here.

Plus “Without a Frame” by Gabriel Kahane…

And finally, you’ll have the opportunity to enjoy the premiere of a brand new piece by Nashville’s own Bryan Clark, written for ensemble with recorded gamelan! Get a sense of Bryan’s vibe below… (and find out what a gamelan is here!)

So get yourself over to abrasiveMedia tomorrow night (11/20) by 7:30pm to see the debut of this revolutionary new addition to Nashville’s music scene. Tickets are just $15 and you can grab ’em in advance here. And while you’re at it, RSVP on Facebook to show your friends how in-the-know you are and help spread the word.

More about Chatterbird:
Chatterbird is a chamber music collective that is comprised of skilled local professionals who are dedicated to exploring cutting-edge chamber music repertoire. Navigating a changing world of classical music, chatterbird is committed to the creation of thoughtful, intimate, and inventive musical experiences that resonate with all listeners.