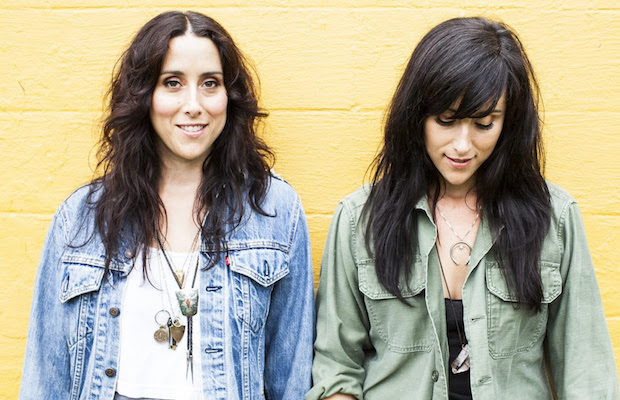 Thistle Thursdays are the monthly concert series that take place at the Thistle Stop Café in West Nashville. The Watson Twins are the featured artist this Thursday, Nov. 20, and, in the tradition of the evening, the sisters have invited a few talented musicians to join them: Jessie Baylin, Shelly Colvin, and Kate York. This night of music not only brings focus to the strong community of female songwriters in Americana, but also raises money for Thistle Farms and Magdalene, two branches of the same charity aimed at rehabilitating former addicts and sex workers. Seating in the cafe is limited, so buying a ticket in advance is recommended. Learn more about the lineup after the jump.

The Watson Twins put out their latest album, Pioneer Lane, last year. The record is an upbeat collection of family-friendly tunes about nature and family rather than their usual heartbreak and darkness. It was a departure from their typical gothic bent on indie folk, though it still explores unusual harmonies and digs into American traditional music. The pair have built a career on collaboration, working with the likes of The Shins, Willie Nelson, and My Morning Jacket. The duo just made an appearance at Marathon Music Works this past Saturday during pal Jenny Lewis’ set, so we might be secretly nursing the possibility that the favor might be returned this Thursday.

Former tourmate Jessie Baylin is one of the opening acts for the evening. Baylin channels a French pop aesthetic to her music. Her last album, Little Spark, is a vintage masterpiece of piano and sountrack-worthy strings. Check out her video for “Hurry, Hurry,” directed by friend Scarlett Johansson, below.

Shelly Colvin is a fresher face in the Nashville music scene. Born in Huntsville, AL to a Baptist minister, Colvin draws influence from her upbringing and greats such as Linda Ronstadt and Emmylou Harris to arrive at her ’70s inspired Americana sound. She toured this summer along with her backing band, Shell’s Angels, with local darlings The Weeks and Apache Relay.

Kate York may not be a household name, but anyone who’s caught an episode of ABC’s Nashville has probably heard her handiwork; York is among the stable of local talent who write songs for the show’s characters. Fans of the show will recognize York’s song “Nothing in This World Will Ever Break My Heart Again,” even if Hayden Panettierre isn’t singing.

The Watson Twins, Jessie Baylin, Shelly Colvin and Kate York will perform at The Thisle Stop Café  Thursday, Nov. 20. The show is all ages, begins at 7 p.m. (doors at 6 p.m.), and tickets are $15 in advance and $20 at the door.