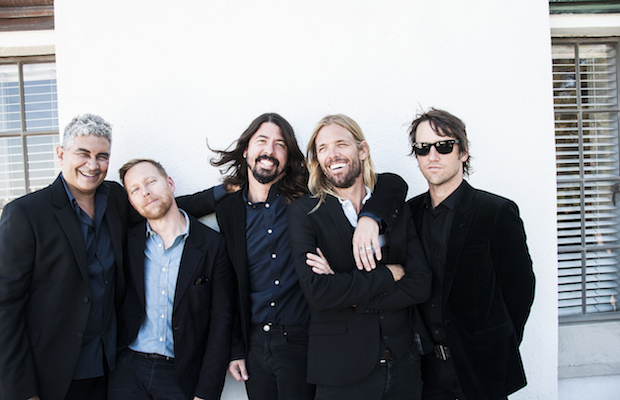 Well, it looks like we were right. Following an insanely high-profile Halloween performance at The Ryman in support of their brand new albums, Sonic Highways, one track of which was recorded here in Music City (listen to it below), rock and roll saviors the Foo Fighters have announced a 2015 return, this time to a venue more than a few of you might stand a chance to snag tickets to: Bridgestone Arena. Foo Take Two will be part of a lengthy North American tour, and tickets are set to go on sale Dec. 5 (we’ll update with more specifics soon). Wanna snag yours early? There are a few ways you can: online pre-sales began a few days earlier, on Dec. 1, but, this time around, likely inspired by the loud public outcry over recent ticket handling, the band will offer a “beat the bots” in-person box office pre-sale this Saturday, Nov. 22 at 10 a.m. In Nashville, the line will start at 9 a.m. at the Bridgestone Arena Box Office (though we suspect people will show up much, much sooner) and it’s a limit of 2 floor or 4 seated tickets per person. What do you think of the Foos’ new ticket handling? Are you excited about their return?

TICKET UPDATE 11/21: Tickets will be available online here, and will range from $31.05-70.50. An internet pre-sale will begin Monday, Dec. 1, at 10 a.m. CST (use password ‘HIGHWAYS’), and the general onsale will begin Friday, Dec. 5 at 10 a.m. CST. As previously announced, an undisclosed number of tickets will also be available in-person at the Bridgestone Arena Box Office this Saturday, Nov. 22, from 10 a.m. to 3 p.m., or, more likely, until they run out. The line is scheduled to begin at 9 a.m., though we suspect people will begin to arrive much sooner. There is an in-person ticket limit of 2 general admission or 4 seated tickets (online, there is a blanket 4 ticket limit). Prices are expected to be the same both in person and online. May the ticket odds be ever in your favor!