Gang of Four, What’s Left of Them Anyway, to Play Mercy Lounge March 14 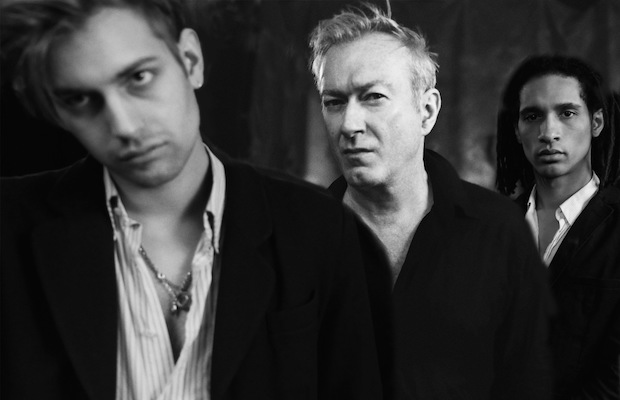 Perhaps the single most criminally under-appreciated post-punk band in regards to their influence on the movement, UK rockers Gang of Four have been active off and on since 1977, famously and most prominently reuniting with their original, seminal lineup a decade ago. And, while members have ebbed and flowed, the team of vocalist Jon King and vocalist/guitarist Andy Gill remained the essential glue to keep the heart and soul of the group alive. Since the 2012 departure of King (following Content, their first album in over 15 years), and the exit of original drummer and bassist Hugo Burnham and Dave Allen in years prior, Gang of Four hves become something of a shell of themselves, pairing Gill with newcomers, and, apparently, leaning heavily on collaborators for their upcoming album, What Happens Next (out Feb. 24). While this is surely not the most exciting news to hardcore fans, the first taste of the upcoming album actually has our interest piqued. It’s called “Broken Talk,” and features Nashville-based Alison Mosshart (of The Kills and The Dead Weather fame) handling vocal duties. If you’re curious to see what Gang of Four 2.0 sounds like in person, or, if you’re enough of a fan that Andy Gill alone will cut it, you can catch them live March 14 at Mercy Lounge. Though we don’t know for sure, we wouldn’t be surprised if Mosshart showed up to sing a song or two. Grab your tickets here, and listen to “Broken Talk” below.