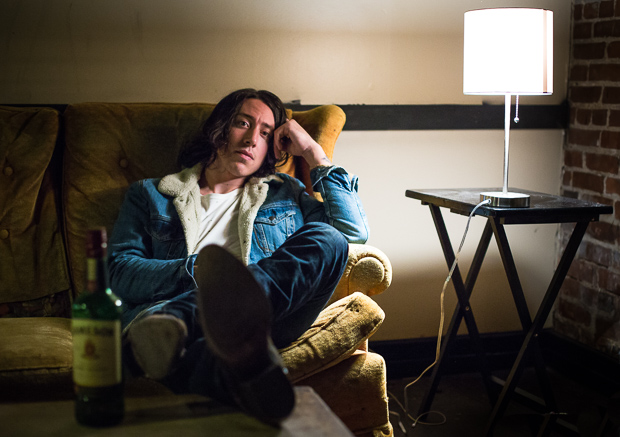 As expected, Noah Gundersen‘s show at the Mercy Lounge on Tuesday was legendary. Opening acts The Vespers and Owen Beverly were the black powder to Noah’s cannonball, and we could have easily walked home satisfied after their sets. However, if you’ve heard Noah Gundersen live before, you know that his shows are explosive with emotion and poetry. As Callie Cryar of The Vespers described, Noah is “a crooner and a rocker.” His vocals reach into the listener’s wounds and say “I’ve been there,” and then leads them off to a dirty rooftop to break shit and howl at the moon.

Ahead of the performance (and after locking our keys in our car), we showed up early to do a quick photoshoot with Noah, and had the pleasure of following up on some of the questions from our recent interview, while having a smoke out the green room window. We have photos from the show and the shoot with our full review right after the jump. 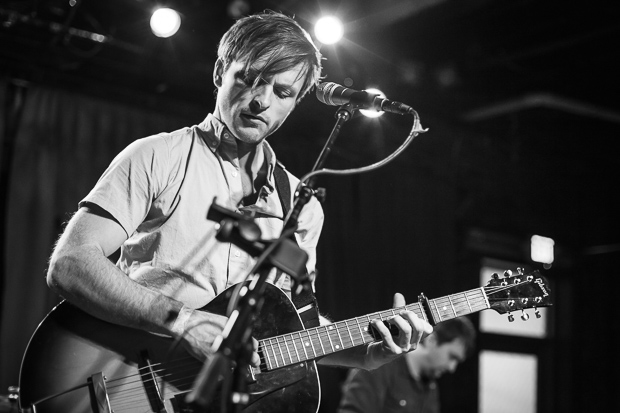 After paying $80 for the professional burglar to break into our car for our pesky keys, we stumbled back to the quickly growing line with some new friends in the cold air outside of the Mercy Lounge. Inside, the venue filled up to sardine status even before Owen Beverly, the first act, took the stage. However, as soon as he stepped up to the mic, the crowd went uncommonly silent for its size. The room was full of listeners whose full attention was solely on the music.

Owen Beverly is currently based in Brooklyn, and has taken a long and winding road leading up to touring with Noah Gundersen. In 2003, his first record, The Drunk Lover EP, carried him to touring with Howie Day and John Mayor, and featured his music on HBO’s Entourage. Since then, he had a run of bad luck, where his music took a backseat to painting houses, and wrote an unsuccessful mainstream country album. However, things started to look up in 2008, when he started the band InLaws and founded Shrimp Records with Shovels & Rope. Judging by Tuesday’s show, things have only gotten better since.

Beverly opened up with “Devil’s in the Details,” from his 2014 album Amager, and played only with the accompaniment of pedal steel for the majority of his set, which gave his songs a more mellow vibe in comparison to his recorded albums. It was a short five-ish song performance, and we highly recommend getting an earful of “Avalanche” and “Albatross.” For his closing song, called “Postcard,” Noah Gundersen and his band joined Owen, and all onstage were grinning while they sang, as if they couldn’t hide how much they love what they do. 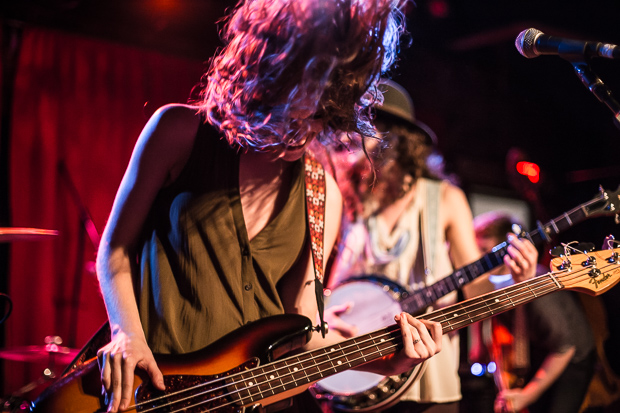 The Vespers rearranged the stage to make it more dance friendly, and opened up like Pandora’s Box with their country blues jam “Grinnin in Your Face.” Right off the bat, we knew that these Nashville locals came to rock, and they seriously brought the heat.

The Vespers are a family group which consists of two gals (who are sisters) and two dudes (who are brothers). While Callie and Pheobe Cryar play ukulele, acoustic guitar, banjo, bass, and tambourine, they’re also belting out harmonies that would make The Civil Wars jealous. All the while, Taylor and Bruno Jones absolutely shred behind them on steel guitar, standup base, mandolin, MORE acoustic, and drum kit. The Vespers made a campfire-esque moment when the audience joined the lyrics “Gotta take care of each other”, and displayed amazing energy throughout the set. Some other highlights to check out were “Better Now” and “Lawdy”. 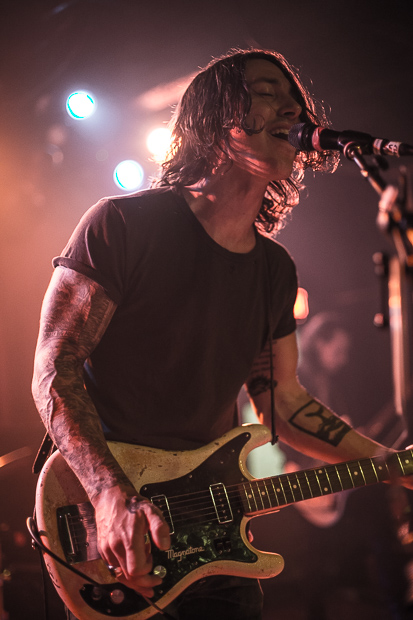 The highly anticipated headliner Noah Gundersen was greeted by cheers and applause as he stepped up to the mic with a guitar in one hand and a bottle of Jameson whiskey in the other. Having interviewed him earlier this week, and taking his portrait over a cigarette that evening, our excitement for the show was heightened as well.

Noah’s home is in Seattle Washington, and his music has been featured on FX’s series Son’s of Anarchy. He’s dropped four records under his name since 2008, and has an impressive cult following. Geez, what have I been doing with my life?

He began the show with “Isaiah,” and a heated up version of his tune “Fire” from 2011’s Family. Speaking of temperature, for the second time in Noah’s tour, someone passed out during the set. She was right against the stage and we’re not sure if it was the heat or Noah’s doe eyes that caused the incident, but Noah handled the situation gracefully saying that everything was okay and that she could chill out with a glass of water while he sang the next song to her. After that kind of treatment, we’re surprised that more ladies didn’t start falling over!

About midway through the set, Noah’s band left him alone on the stage to serenade us alone. The crowd was so quiet and attentive that taking photos had to be carefully timed, as my shutter sounded like a breaking bone in an empty hallway. He played a couple of new songs, “Bag of Glass” and “Twenty Something,” which will likely be included in his upcoming 2015 album. He also rolled out a beautiful cover of Nivana’s “Smells Like Teen Spirit,” but not before he took another swig of Irish whiskey. Noah’s dynamics showcase a voice that could tame a lion and incite armageddon.

For the single encore song, Noah’s sister Abbey and brother Jonathan (who just got his first ink at Nashville’s Victory Tattoo before the show) joined him to sing “Poor Man’s Son” in three part harmony a cappella, leaving the audience awed and goose-bumped. The evening lived up to the wild expectations that Noah created when he played Nashville last March, and we can’t wait until he comes back around.