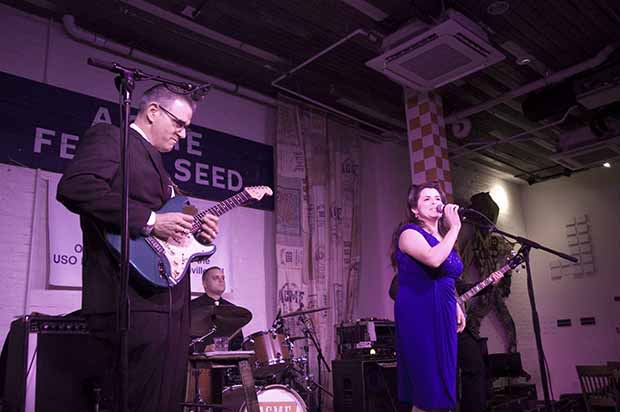 Every Tuesday, we team up with hip new restaurant and performance space Acme Feed & Seed to host a free showcase of some of our favorite emerging local (and national) talent. For our latest installment, which marked our sixteenth consecutive show, we hosted one great local act, crooning throwback soulstress Molly Sue Gonzalez, and continued our recent trend of bringing touring bands to Acme, with Baltimore dream pop outfit Slow Lights. Read on for our recap of the evening! 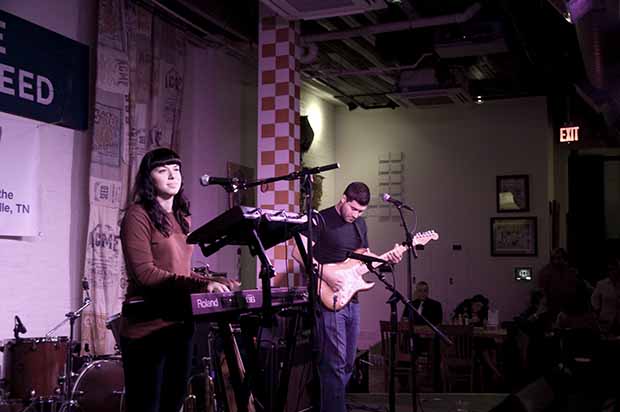 Slow Lights bring harmonized vocals to dreamy pop arrangements that definitely turned a few heads amongst the dinner crowd at Acme on Tuesday night. The lineup composed of male and female vocals was nothing new, but the electric guitar and keys instrumentation sans drums or bass certainly made a statement. Once the French horn made it’s way to replace the keys on the final track, they had the sizable crowd eating out of the palm of their hands. After talking to the band (Asa Kurland and Piper Greenbaum) afterwards, this was a stripped down tour for them, and we look forward to getting to hear more because it is clear that these talented Baltimore musicians will continue to rise as their sound continues to garner its due acclaim. 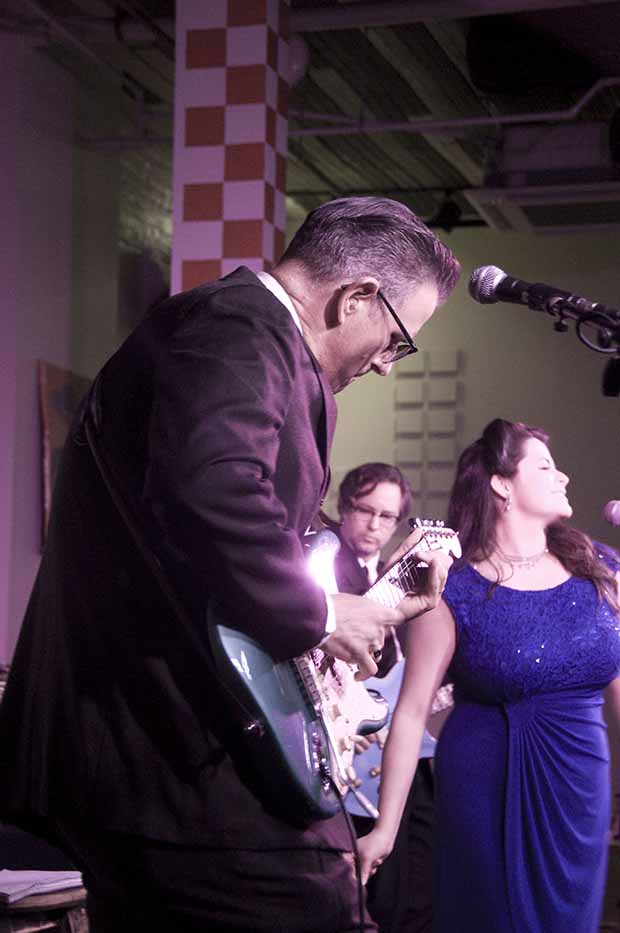 As the stage transitioned for local crooner Molly Sue Gonzalez, a fairly lively crowd was lingering in Acme, and they were very lucky for their loitering.  Molly Sue brings a voice straight off of vinyl, or perhaps transistor radio, transforming the room into a history lesson in the influence of the powerful, soulful, early rock vocals of a Nancy Sinatra, Brenda Lee, or Wanda Jackson, just to name just a few.  She began the evening with a few beautiful originals that had heads bobbing and folks dancing (yes, even in Nashville), and then transitioned into a number of spot on covers that kept the party going right up until the closing bell.  Take note of the name Molly Sue Gonzalez.  Her voice is a force to be reckoned with, and her backing band, The Mean Mean Men, puts many of the musicians we cover to shame.