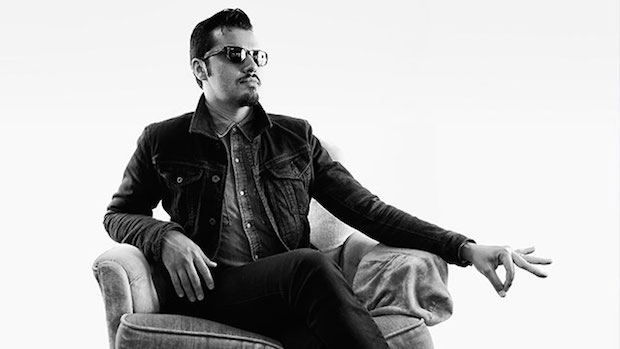 After announcing over a year ago that Ghostland Observatory was going on hiatus, lead singer, Aaron Behrens, is back on the road with a new project. Aaron Behrens & the Midnight Stroll is the current form of musical expression for the vocal powerhouse, and we don’t think Ghostland fans (a.k.a. GLOheads) will be disappointed. Behrens brings us a whole new sound full of blues and rock n’ roll, but with the same caliber of flair we’ve come to expect from such a phenomenal performer. The Austin-based front man just released an EP in September to showcase all new material that Behrens says are songs he “built from the ground up” while touring in various parts of the country. You can catch these new tunes and more on Saturday, November 8th at The High Watt. The show starts at 9pm, and tickets are only $10 in advance ($12 at the door).

Hang with us after the jump for a taste of what you can expect from Aaron Behrens & the Midnight Stroll, as well as a look at their opening act – a Nashville-favorite and past Road to Bonnaroo winner, Ranch Ghost.

Ghostland Observatory is known for their astounding stage production – the light and laser show that accompanies their experimental sound is only upstaged by Aaron Behrens’ energy and eclectic style. While everyone enjoys near seizure inducing special effects, this is not what you should expect to see at The High Watt on November 8th. Aaron Behrens & the Midnight Stroll are bringing it back to the basics, and focusing on masterfully written and performed music, rather than the production value of the set. Do we think anything will be “missing” from the performance? That would be a resounding hell no. We are excited to see Behrens bare his soul in a way he never has before; besides, we’re pretty sure he could hold an entire arena’s attention with nothing more than a microphone. This is one of those rare opportunities when you get to see an artist follow their heart, and try something completely new. Take a listen to “Keep on Rising” from the new EP below. It’s no “Sad Sad City”, but we think it has a vibe that Nashville can welcome with open arms.

If you visit us often, you should already be a fan of Ranch Ghost. Birthed from Music City herself, Ranch Ghost has come a long way this past year or so, and we are excited to see what’s to come for these guys. This show is part of a 29-show tour that Ranch Ghost is playing with Aaron Behrens & the Midnight Stroll. The pairing of these two bands was a genius move, and we don’t think the name similarity had anything to do with it. This is definitely not a time when you should pass on the opening act, because we have a feeling this will be a particularly good night for the Nashville-natives. Check out the throwback video from this time last year and be sure to show up in time to support the local half of this much-anticipated night at The High Watt.